Back to articles
Destination Report

Art, food, architecture, history, and language aren’t chucked into a melting pot, they are elegantly placed. This may all sound more than an enticing prospect for a holiday with family and friends, but what does it mean for schools?

Andalucía is a region that exudes a passion atypical of every Spanish sunset, poem, and romance. However, there is another level to be explored which places Andalucía firmly as a favoured destination for teachers planning trips to Spain.

Art, food, architecture, history, and language aren’t chucked into a melting pot, they are elegantly placed. This may all sound more than an enticing prospect for a holiday with family and friends, but what does it mean for schools? How does it translate to an effective learning experience in an ever-pressurising world for teachers? While this question rightly justifies a long conversation, our Regional Account Manager for schools in Yorkshire, Christina, made her way to Andalucía in seek of some answers…

What did you know about Andalucía prior to visiting the region?

Andalucía is the part of Spain that I always wanted to visit the most. This curiosity to explore Andalucía has stemmed from visiting Spain’s other key regions. The people who I happened to meet during my trips to other parts of Spain were very often mentioning Andalucía in conversation about Spanish culture, architecture, tradition and art; almost as if the comparison from these other parts of the country with Andalucía was a must for the conversation. After my visit to Malaga, Seville and Nerja last May, I finally understood why someone should visit Andalucía to get the most genuine taste of Spain.

Having chosen Malaga as your first stop, how can schools best discover the Costa del Sol’s capital?

A half day walking tour provides the essence of the city. Starting at the Plaza de la Constitution, our guide Luis led us to Calle Marques de Larios – one of the most important streets in Malaga. Here, Luis gave a brief summary of the history of the city where the Phoenicians were the first people who landed in Malaga 3000 years ago. In fact, it is possible the name ‘Malaga’ come from the word ‘malac’, which means salt in the Phoenician language. A guided walking tour is not only the best way to get the lay of the land, but a great opportunity to tap into the inside knowledge of a local.

You soon made your way to Seville. What can schools experience in Andalucía’s largest city?

Before we even arrived in Seville, the Andalusian countryside and natural landscapes provides students with a perspective of the region’s make-up outside of the big cities. Although I come from Italy where the geography of the land in certain aspects is similar to Spain, the dramatic landscape was so unique and charming I immediately engaged with it. The mountains resemble a small-scale Grand Canyon on the USA’s West Coast; there are vast plains with nothing around for miles and miles; and herds of bulls can be seen patching the landscape. The predominant colours were the intense red of the ground, the white of the countryside houses and the black of the bulls. For eyes used to seeing grey rain and green pastures of the UK, it was a pleasant change of scenery.

For me, attending a flamenco show is a must. This was my third flamenco show as I was lucky enough to see a show in both Madrid and Barcelona.

However, differences were soon seen.The small theatre stage was hidden in amongst a square adorned with balconies draped in flowers. The fact there were few foreigners and mainly Spaniards watching the show highlights the passion for maintaining a tradition.

The musicians were seated with the public and they were taking turns to go on the stage to play and sing for the flamenco dancers, who appeared from backstage. I noticed an extreme sense of rhythm between the musicians and dancers and a dedication to placing maximum effort in the show. The performance was a story mixed from elements of happiness and deep sorrow. You don’t need to a performance arts group to appreciate this intriguing performance.

What key landmarks should school groups look out for in Seville?

The short answer? The Cathedral, La Puerta del Perdon and the Giralda. The latter is located in a very small square but the tower is so tall, you’ll be arching your back before you are able to see the top! Next to the Giralda there is the Plaza del Triunfo where the advent of Christianity in the city is celebrated. We passed by the Real Alcazar created in a Mudejar style that reflects Muslim and Christian cultures living side by side.

The UNESCO World Heritage Site of Lorna della Seda is worth visiting not for the magnificence of the building, but mainly for the great collection of historic documents the building stores. 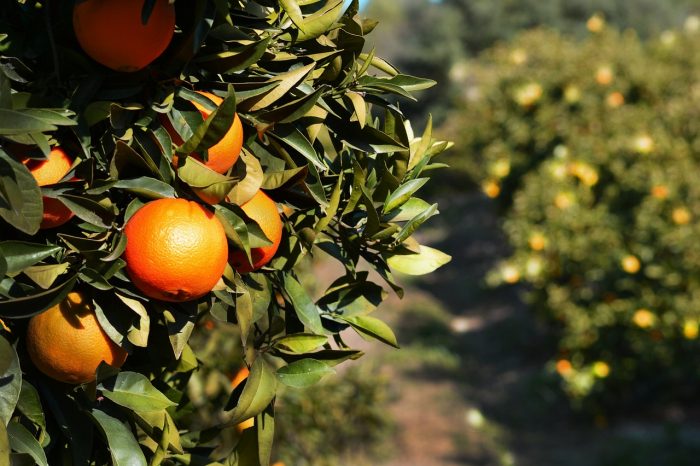 I would recommend exploring the Golden Tower and the Royal Tobacco factory. This last building, which is a splendid example of industrial architecture, tells much about the gypsy culture that characterises the Andalusian region.

Thousands of gypsy woman, who apparently were famous for having big hands, were hired by this factory back in the 15th century. The last stop I would like to highlight was the magnificent Plaza de España. It was like visiting the whole of Spain in one square. A small river crossing the huge square with 4 bridges and 48 sections represented each of the Spanish provinces.

What can students learn from annual Andalusian traditions?

During the month of May there are many festivals and religious events across the region. The Cruces de Mayo (May Crosses) in Granada takes place in early May and sees the city’s neighbourhoods, streets and squares put up their flower-adorned crosses in a space where they also gather traditional embroidered shawls, local pottery and items made using a traditional craft of Arabic origin from the Alhambra known as marquetry.

Locals in Cordoba take great care to adorn their balconies and courtyards in a tradition dating back to the Arabic era when entrance halls and cobblestone courtyards were covered in vegetation to humidify and refresh the first hot months.

Today, the custom remains and a famous contest is even held each year to select the prettiest decoration on the road to Rocio, which is one of the most famous pilgrimages in Spain along with the road from Santiago.