An important opportunity for young art students to see some of the USA’s most famous and emotive galleries and works in New York and Philadelphia.

The huge inspiring Metropolitan Museum of Art in NYC

Contemporary installations at MOMA in NYC

This vast museum has over two million artworks spanning 5,000 years. It’s one of the most important collections in the world and a fantastic source of inspiration for students of all disciplines. A labyrinth of corridors holds paintings, textiles, ceramics and costume, chronologically reflects global regions in sky-lit spaces and architectural relics

The Guggenheim NYC is devoted to the art of the 20th century and beyond. Designed by Frank Lloyd Wright the building itself has become an architectural icon. The very particular collection includes much of the avant-garde and impressionist movements, with tours, classes and film screenings helping to enrich student’s experience of this vital arts centre.

The maze of glass walkways and 110ft atrium lobby ensure this is a breathtaking experience from the get-go. The most influential modern art collection in the world has highlights like Monet’s Water Lilies and van Gogh’s Starry Night, with a recent face-lift by Yoshio Taniguchi creating space for huge contemporary installations and three movie theatres.

Half day See on map
04 Whitney Museum of Art

This museum gives students the chance to experience new movements and ideas in art. Exhibits focus on the promising, lesser-known artists as well as an astounding permanent collection of 20th – 21st century American art.  There are highlights such as Rothko, Pollock, Lichtenstein and a number of Georgia O’Keeffe’s spectacular flower paintings.

Once the private residence of steel baron Henry Clay Frick, this opulent Upper East Side museum houses an exceptional collection spanning the Renaissance to late 19th century painting. Highlights include Rembrandt, Renoir, Manet’s The Bullfight (1864) and an enclosed portico in the Fifth Avenue garden displaying a spectacular collection of sculpture.

What began as a craft of death masks during the French Revolution has become an international phenomenon of celebrity proportions. At the New York museum, students are invited to take a workshop to learn more about the waxwork process and American personalities. An audio-visual presentation and guided tour follows, exploring the moments in history captured.

The birthplace of American Independence and democracy, it was in this historic area that a group of colonists planned independence from the King of England, which ultimately lead to the creation of the USA. Sites to visit include Independence Hall, the President’s House, The Liberty Bell Center, Carpenter’s Hall. The Independence Visitor Center is a gateway to the Historic Park.

A UNESCO World Heritage Site, Independence Hall is seen as the birthplace of America. See the Assembly Room where the Declaration of Independence and the U.S. Constitution were both signed. It was here in the Courtroom of Pennsylvania Supreme Court that militiamen tore down King George III’s coat of arms in an act of defiance.

See the Liberty Bell, formerly housed in the Pennsylvania statehouse (Independence Hall) whose inscription came to be an extraordinary symbol of freedom. “Proclaim Liberty Throughout All the Land Unto All the Inhabitants Thereof (Leviticus, 25:10)” Historic documents, a video presentation and graphic images in the Liberty Bell Center explore the facts and myths around the bell.

This is one of the most important and largest art museums in the US with a vast collection of Renaissance, American and Impressionist art. Located on the Benjamin Franklin Parkway the impressive neo-classical museum is one of the most popular attractions in Philadelphia. The Museum houses over 200 galleries spanning 2,000 years. There is also an outdoor sculpture garden, and the famous ‘Rocky Steps’.

This museum houses more than 120 of Rodin’s sculptures including bronze casts of Eternal Springtime, The Gates of Hell, The Burghers of Calais, and The Thinker. Several of the most famous works can be seen in the sculpture garden which was originally designed by the French landscape designer, Jacques Greber.

This is considered to be one of the greatest private collections of post-impressionist and early-modern art with over 3,000 exhibits. The collection is arranged in groupings, known as ensembles, according to light, line, colour and space. Works on display include 181 Renoirs, 69 Cezannes, 59 Matisses, 46 Picassos, 16 Modiglianis and 7 Van Goghs.

This is the nation’s oldest art school and art museum, with a collection housed in a magnificent Historic Landmark Building built in 1876. The permanent collection includes American art by some of the nation’s most talented contemporary artists. There are also works by Charles Willson Peale, Thomas Eakins, Nancy Spero, Elizabeth Murray and Kehinde Wiley.

Founded in 1963 the Institute of Contemporary Art, part of the University of Pennsylvania, showcases the work of emerging and lesser known artists. It was the first ever museum to have a show of Andy Warhol, Laurie Anderson, Agnes Martin, Robert Indiana and other influential artists. It has been described as one of the most adventurous showcases in the United States.

Interactive exhibits explore the history of this important and influential document, the four most powerful pages in America’s history. One of the rare original public copies of the Constitution is on display. The multi-media live performance “Freedom Rising” in the Kimmel theatre is a dramatic depiction of events bringing history to life for students.

Explore the city of Philadelphia on an open-top double decker bus, and take in landmarks including Liberty Bell, Philadelphia City Hall, Elfreth’s Alley, The Love Sculpture, Betsy Ross House, Independence Seaport Museum, Boathouse Row, Museum of Art, and many more. Hop on or hop off at any of the 27 locations. A guide will give historical background, facts and stories about the city and its people.

The impressive Philadelphia City Hall, completed in 1908, is considered to be at the centre of the historic city. A statue of the founder of Pennsylvania, William Penn stands proudly on top of the tower. The exterior is richly decorated with sculptures representing the seasons and continents and there are lavish interiors.

Located on the 57th floor of One Liberty Observation Deck is Philadelphia’s first high-rise attraction with 360 degree views. Enjoy panoramic bird’s-eye views of the city and beyond. The attraction also offers Philadelphia-focused listening stations and six multi-lingual touch screens that allow visitors to zoom in on a single point hundreds of feet below.

This bustling, colourful indoor food market is one of the oldest in the USA dating from 1892.The market has a great selection of fresh produce, cheeses, baked goods, confectionary, flowers, crafts and jewellery, and makes a great lunch stop with a seating area and a wide variety of different takeaway foods including the famous Philly cheesesteak. 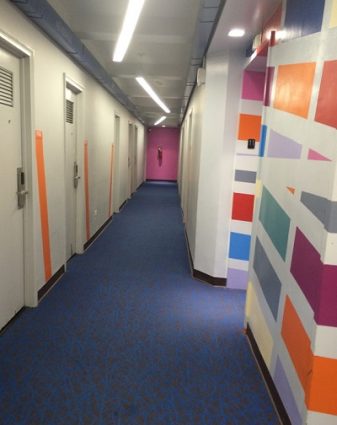 West Side YMCA See on map

Steps away from the Lincoln Centre, Broadway & the American Museum of Natural History
Close to Central Park
Brilliant access to public transport 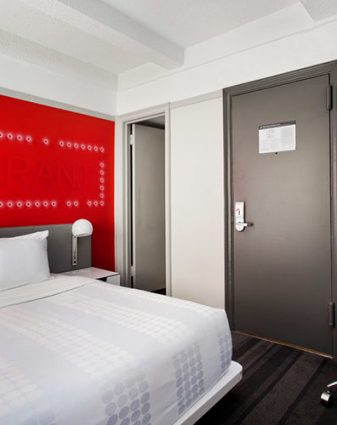 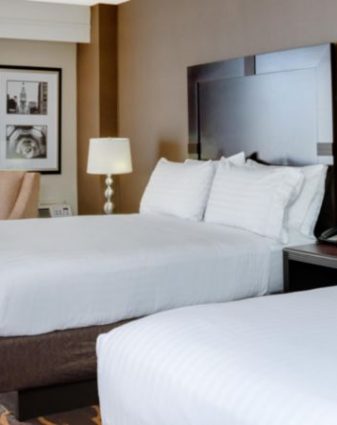 Make Amsterdam the next destination for your school’s art trip and explore this exciting hub of inspiration and creativity.

With a history at the avant-garde of contemporary art, Berlin inspires students through its exciting collections.

Explore the rich artistic heritage and the developing modern art scene on this exciting tour across Beijing, Xian and Shanghai!