Back to articles
Germany

Holding special cultural or physical significance, UNESCO World Heritage Sites serve as a reminder of key points in history that have affected society; recognising breakthroughs in art; and holding onto and preserving natural environments.

As in the name, there is a focus on maintaining and ensuring the site is not lost nor forgotten. While there isn’t an endless list of sites to explore, the numerous attractions given UNESCO status may appear overwhelming to the Party Leader seeking out the most suitable historical, cultural, and religious points of interest for their school group.

1978 saw Aachen Cathedral become the first site in Germany to be given UNESCO World Heritage status. This signaled a renaissance in how German National Tourist Board sought to market Germany as a travel destination. It also showed how noteworthy sites around the country should be given the recognition they deserve in playing a key part in how the land has been shaped.

The wealth of monuments, palaces, and parks are signposts for great cultural achievements. Each tells a story worth investigating. Expand your students’ outlook and how they perceive nations and traditions; open up a study on important cultural treasures; and develop your school cohort into culturally-sensitive travelers who can appreciate the value of change over time.

Here are our top 10 UNESCO World Heritage Sites in Germany and an insight into how they can support your student learning. 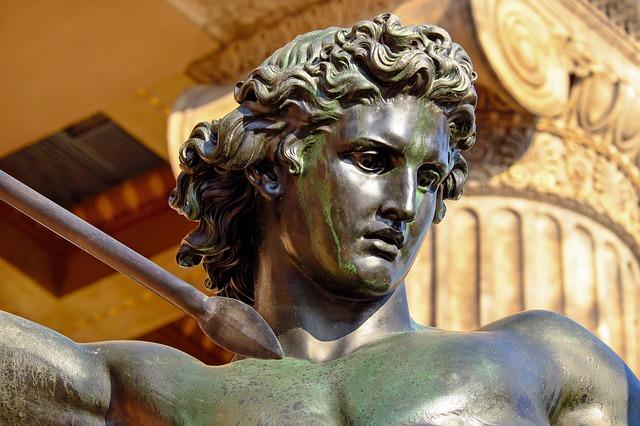 The oldest of Berlin’s UNESCO World Heritage Sites, Museum Island is made up of the Pergamon Museum, Bode Museum, Museum of the Ancient World, New Museum, and the Old National Gallery.

Students can enjoy a cultural feast bursting with world famous exhibits. Covering four millennia, students are presented with a unique opportunity to see noteworthy artefacts, including the Pergamon Altar and the bust of Nefertiti. With a wealth of resources in one area, Museum Island is a must for any school groups looking to ignite curiosity within their students.

2. Palaces and Parks of Potsdam and Berlin 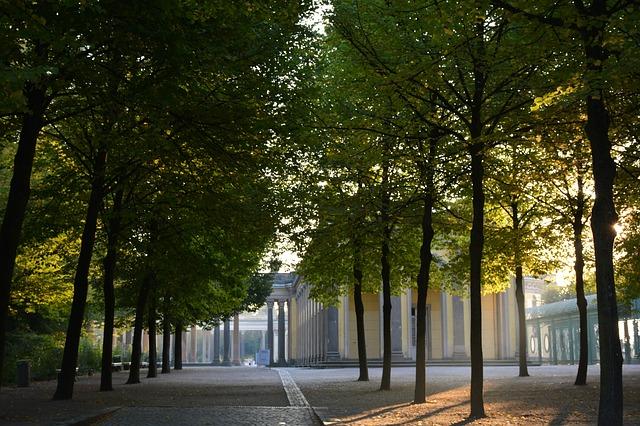 Potsdam and the capital itself are home to a number of areas recognised by UNESCO. Providing a clear picture of grandeur, the wealth of palaces and parks include Sanssouci, the New Palace, Babelsberg, the Saviour’s Church in Sacrow, Glienicke Palace, and Peacock Island. Together they create a unique landscape epitomising the monarchic ideas of the Prussian state. With so much to discover and thoughts behind their formation to explore, this collection of palaces and parks listed by UNESCO is a great addition for those choosing Berlin for their next trip. 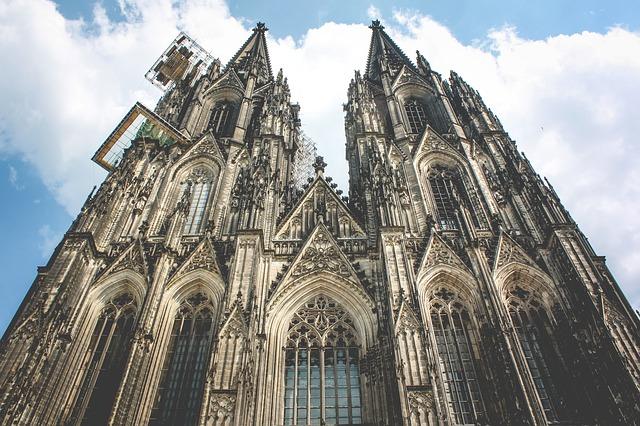 Building of the ‘dom’ began in 1248 but remained incomplete until 1880. Standing as the largest Gothic church in Northern Europe, it is Germany’s most visited landmark with over 6 million visitors every year.

Holding great cultural importance, the cathedral remains a place of Christian pilgrimage. Students can take the 509 steps to the viewing platform and be rewarded with outstanding views across the Rhine. Rolling opportunities for history, architecture, and religious studies into one, Cologne Cathedral presents an interesting case study for students. 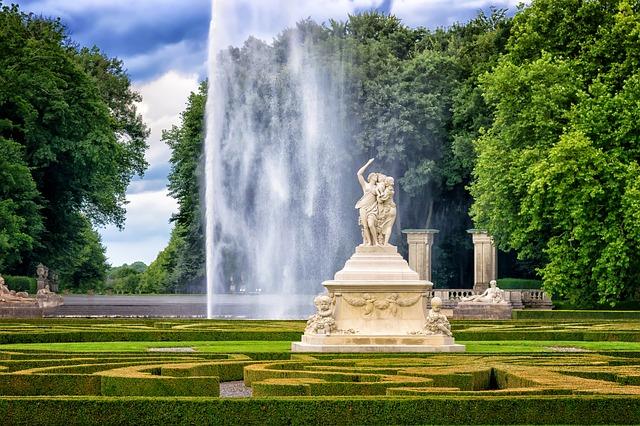 Connected to the spacious grounds of Schlosspark, the historical complex of buildings date back to the 18th century. Located in Brühl, the site combines a story of art and history. Augustusburg Palace continues to hold concerts every year and stands as a rococo masterpiece. The equally ornate exterior of Falkenlust will attract those with an eye for detail as it did with the Archbishop Elector of Cologne, Clemens August, who spent his summers at the lodge for falconry. 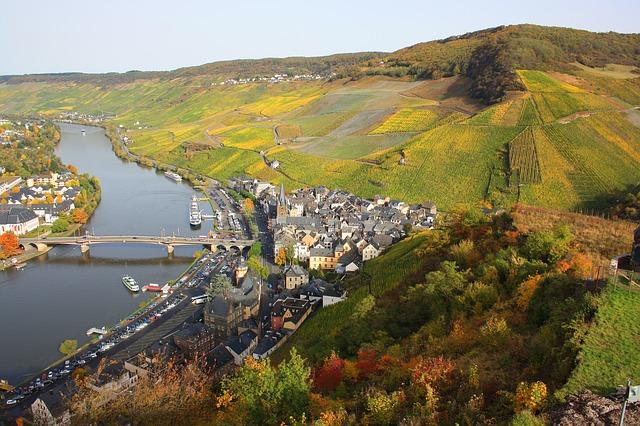 Not just a site but a region, the Upper Middle Rhine Valley features an enchanting mix of picturesque wine-growing towns, pretty villages, plus over 40 castles, palaces and fortresses dotted along the river.

Stretching from Koblenz to Bingen, the area also known as the Rhine Gorge was added to UNESCO’s list for not only historical and cultural reasons but for geological and industrial factors too. Students can learn about the romanticism of the area and the legend of Loreley’s rock. Students can also carry out a study on the fossil-bearing sedimentary rock plus explore the factors contributing to the valley’s micro-climate. 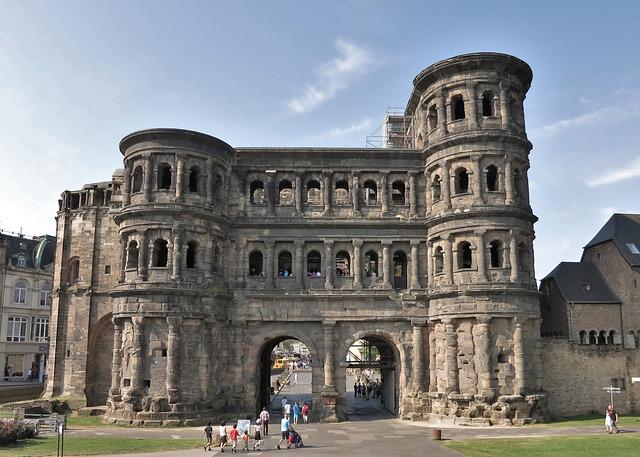 Thought to be Germany’s oldest town, Trier is home to not only noteworthy Roman monuments but the Cathedral of St Peter and the Church of Our Lady. Through a wealth of Roman remnants, including the amphitheatre, Imperial and St Barbara Roman Baths, the Basilica of Constantine, and the famous Porta Nigra gate, school groups can gain a rich insight into the Roman civilisation that dominated the land and learn more about the craftsmanship used in the area. 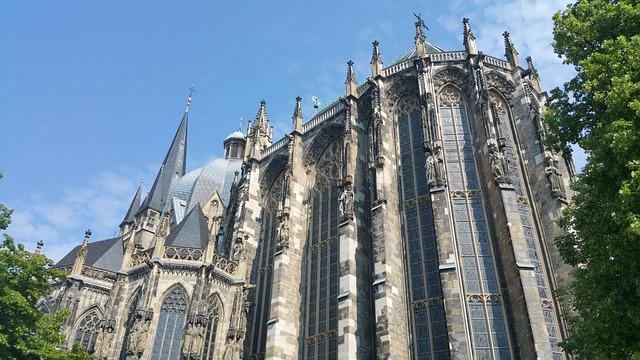 Standing as the oldest cathedral in northern Europe, Aachen’s cathedral was the first-built vaulted structure since antiquity. In fact, schools can dive into the history that linked the area of Aachen with the emperor Charlemagne who was later buried at the site in 814. The bold domed structure of the cathedral effectively displays Charlemagne’s vision for a dominating new empire. Holding both historical and religious significance, the UNESCO World Heritage Site of Aachen Cathedral provides schools with one of Germany’s original treasures. 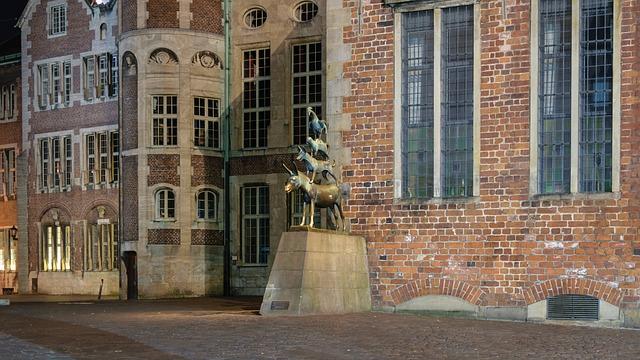 A visit to Bremen allows schools to explore a city with a proud history of trade. Among the dominating signs for big name brands, including Jacobs and Beck’s Brewery, the city is awash with magnificently ornate buildings.

For UNESCO, the town hall decorated with a façade in the style of the North German Weser Renaissance and the 5 metre tall Roland statue make it onto the list. Bremen has long been seen as a fast moving city and the Roland statue – displaying the Frankish military leader of the first Holy Roman Emperor Charlemagne – continues to be a symbol of the city standing as a protector and a vision of freedom.

9. Luther Memorials in Eisleben and Wittenberg 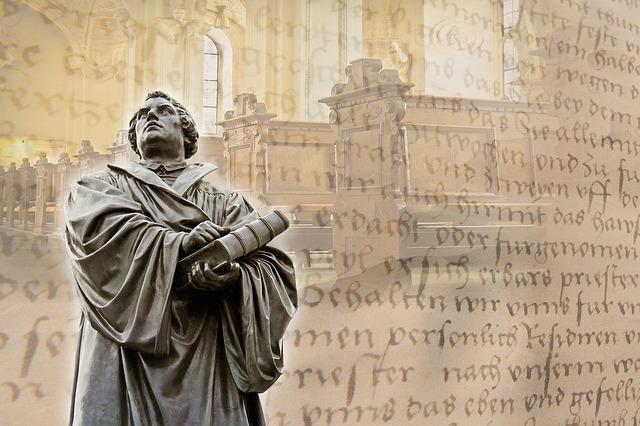 Open up a study on Martin Luther and students will soon learn the great church reformer’s impact on society was far reaching.

From the annual celebration in Lutherstadt Wittenberg of Luther and his wife Katharina’s marriage to Luther’s home becoming the leading museum on the history of the Reformation in the world, school groups can take on a trail around key locations. This also includes the castle church where it is said Luther nailed his theses to the door in 1517 and the birthplace of the German professor in Eisleben. The UNESCO preserved site provides students with an insight into his life through exhibitions pinpointing key events and his influence. 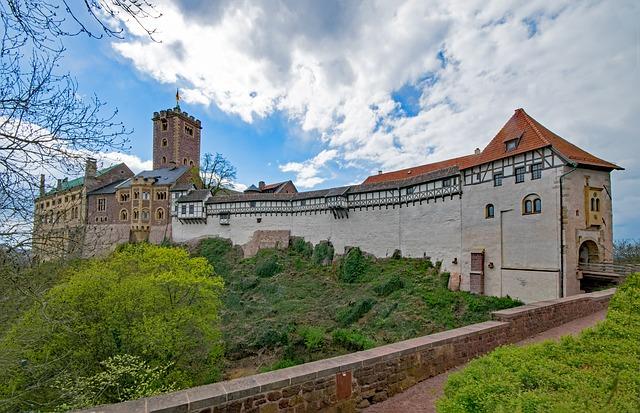 Originally built in the Middle Ages, Wartburg Castle overlooks the town of Eisenach. Continuing on the Martin Luther trail, the castle was the location where Luther translated the New Testament of the Bible into German. With a history of its own, Wartburg Castle gives students a unique experience within the fabled ruins against the backdrop of a modern town.

Reflecting on a nation

While there are 41 official UNESCO World Heritage Sites in Germany to date. We hope the snapshot above provides a greater understanding of change over time in Germany.

Effective signposts of key events, whether it be the reign of Charlemagne or the changes stemmed from the Martin Luther’s translations, the cultural and natural sites provide a rich mix of entries relevant to understanding where Germany has grown from and where it will continue to develop in the future.

Discover school, university and music trips across Germany with our search tool.