Chat with us, powered by LiveChat
Back to articles
Rhineland

We caught up with Richard who led a 6-day educational tour to Germany to hear about the memories of a school trip that will remain with both the students and staff.

What activities did you do on your educational tour?

We were scheduled to visit the so-called “Blackpool of the Rhine” (Rudesheim), but before we arrived there, we had a pleasant hour in the little town of Sankt Goar shopping for gifts and treating ourselves to a drink or an ice. We then took the ferry across the wide river back to Sankt Goarshausen (the original bridges having been bombed in the war) and duly arrived in the middle of Rudesheim. Walking up the most famous tourist street in Germany (the Drosselgasse (Thrush Alley)), the group split to have a look at the shops and cafes. We were treated to a super cable car ride in pairs over the extensive vineyards and ended up at the famous Germania Monument – a symbol of Germany’s power and strength over the ages. 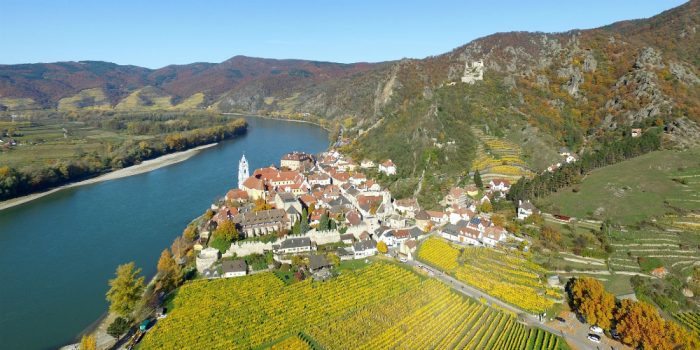 The group had an enjoyable walk through the woods (thankfully sheltered from the baking sun) and descended down to the village of Assmannshausen by the second exhilarating chairlift of the holiday.
In Boppard, we undertook a mini-treasure hunt involving the buying of an ice cream or chocolate bar, the acquisition of a town map, the discovery of the names of three boat/shipping companies on the riverside and information about the splendid church. We also had three exciting sports attractions on the schedule including a visit to the prestigious Bayer Leverkusen Football Arena, an extended stay at Cologne’s Aqualand Swimming Complex and a game of ten-pin bowling at the impressive Casino Centre in Koblenz.

How did Travelbound meet your accommodation and transport needs? 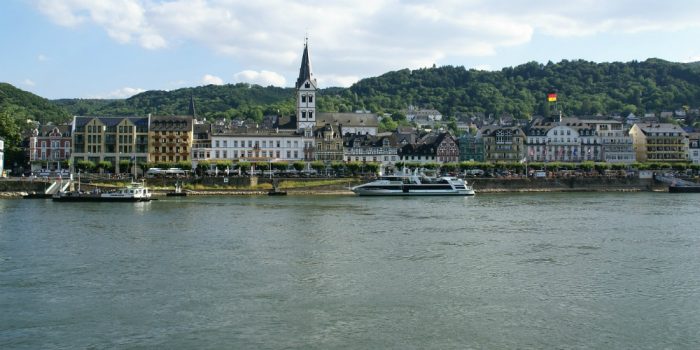 We stayed in the hills above Bad Salzig at the Hotel Fleck in the small village of Fleckertshoehe. The hotel was bright and clean with en-suite facilities, televisions and a few rooms even had a balcony! The Hotel Manager, Herr Lamp was very hospitable and took pains to ensure that we had a good stay. He consulted over meal requirements and the portions of food were the biggest that we had ever experienced, with German specialities such as Schnitzel, Bratwurst and Frikadellen and international dishes including spaghetti bolognaise and chicken curry. Home-made soup starters were much appreciated (though on the salty side!) and a small ice cream or yoghurt proved a welcome dessert. I was very pleased that the lads did not have to pay for extra drinks, as they were always provided with jugs of apple juice, orange juice and water. There was a good choice of heated bread rolls, cold meats, cheese slices, cereals and yoghurt for breakfast.
The outward journey and flight were smooth and “painless,” and the comfortable German coach provided was duly waiting for us at Cologne-Bonn Airport. The driver (Erich) put himself out to show us features of the Rhineland en route to Boppard. 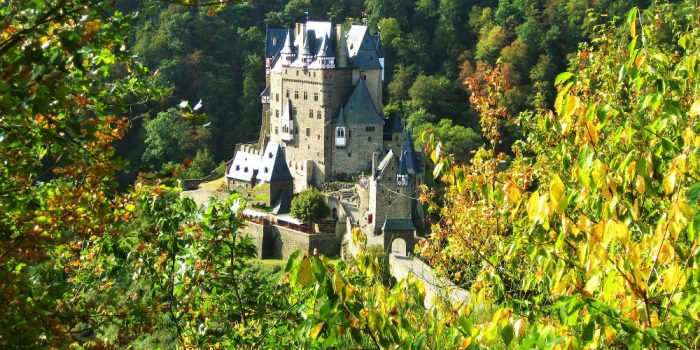 What were the highlights of your trip to the Rhineland?

The Aqualand Adventure was much enjoyed by all, with party members spending most of their time negotiating the extensive slides and the highly competitive inter-team bowling proved a fitting end to an entertaining day.
At Sankt Goarshausen, the coach caught up with us and drove us up the steep hill to the Lorelei rock, from where we enjoyed beautiful views of the Rhine. We then walked to the Visitor Centre and ate our pack-ups outside before boarding the coach for the short drive to the only castle on the river, which had not been destroyed by raiders. The mighty Marksburg Castle looked resplendent on a hill above the village of Braubach.

What were your experiences of local guides on your trip?

We were given a warm welcome by a young guide called Christoph at the Bay-Arena and shown around the excellently equipped stadium. The lads were each given a little souvenir after they had learnt how technology can be used to aid the needs of every player. 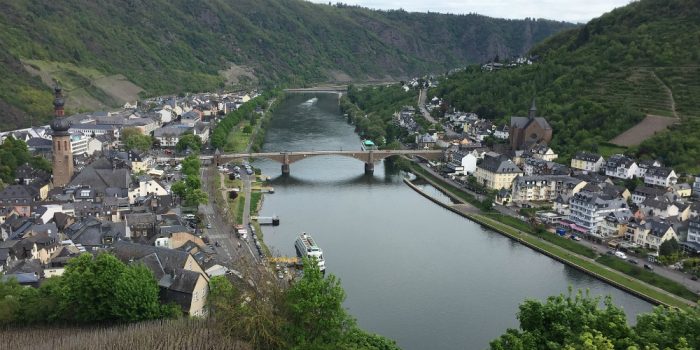 Our guide, Roberto, gave us a lively guided tour of Marksburg Castle and he took us through all the main rooms (hall/kitchen/bedroom/armoury, where the lads could try on a helmet, etc.) ending up in the torture chamber in the stables, where the lads were fascinated by Roberto’s description of each instrument – a grizzly end to the tour!

What are your memories from leading this educational tour?

After a very pleasant stay in the castle café, we had an appointment at the Mini-Golf Course in Boppard and our dutiful driver duly drove us back down into town. Unfortunately, it was too dark to see the holes, let alone how many shots people were taking, but the various teacher groups had fun attempting to negotiate the course and the party leader had a difficult task to decipher the various scores.
One evening we had a “disco night,” which is always a difficult event to get going with a single-sex party, but the lads rallied round and were on the floor from the start, determined to show off their impressive moves. However, Sir proved to be the “pain” of the night by supporting himself on a large dining table which collapsed and brought down half of a leaded-glass cabinet with it! No comment!