After enjoying the open-air museum of Athens, explore the key classical sites of the Delphi and Tolon to enhance your classics studies of ancient Greece.

Our 3-centre Greek Classics tour is a perfect gateway for young learners to discover a passion and intrigue for how the people of Greece lived, worshipped and governed hundreds of years ago!

The architectural treasures of the Acropolis

The site of the first Olympic Games

We were exceptionally well looked after. During the booking process, the sales staff were very helpful, very patient, always in listening mode and ever willing to find out crucial details and get back promptly. The operational staff put together a tour that worked seamlessly.

Explore the temples and sculptures of this iconic monument with your group, building up a picture of ancient Greek society and gaining an insight into the role of religion. The Parthenon is the most important surviving building of classical Greece. This beautiful temple, with its decorative sculptures, was built to honour the goddess Athena.

Opened in 2009, this spectacular modern glass and concrete building at the foot of the ancient Acropolis, houses sculptures from the golden age of Athenian democracy. Its five levels are bathed in natural light and sections of glass floor show the archaeological excavations.

Tip: It was built in part to provide a home for the return of the Parthenon Marbles from the British Museum.

With its magnificent theatre, Temple of Apollo and ancient ruins, Delphi was, at one time, considered the centre of the earth and the universe, playing a key role in the classical Greek world. A visit to the ruins of the Treasury at Delphi reveals the importance of the ‘central bank’ of Ancient Greece, as well as showing architectural tastes of the time.

Students get an unforgettable insight into Delphi’s heyday at this important archaeological museum. Its centrepiece is the collection of antiquities found in the complex of the ancient Oracle of Delphi. Spectacular finds include the Bronze Charioteer, the Naxian Sphinx and the Statue of Antinoos.

When your students hear the quality of the acoustics at Epidavros, they’ll be blown away. Drop a coin in the centre of this astounding theatre to demonstrate just how good they are. Then discuss the architectural skills and importance of theatre in Greek society. Photo © Andrew Baldwin.

An educational tour to the ancient ruins of Olympia will help your students understand the importance of the first Olympic Games, held in honour of Zeus. Marvel at colossal statues, ruined temples and resplendent villas, bringing to life the words and pictures from textbooks. A tour of the site sparks enquiries into architectural styles and classical history.

The original capital of Greece, nestling on the coast of the Argolic Gulf, Nafplio boasts three castles for students of ancient civilisation to explore. They can learn the story of the Venetian fortress of Bourtzi, set out in the harbour to protect the city from invaders. Enjoy the pretty town’s ancient walls and Ottoman fountains.

Half day See on map
08 Mycenae

As Greece’s dominant city for 500 years, there’s a wealth of opportunity for educational tours in Mycenae. Witness the monumental Lions Gate and the Necropolis and discover the amazing findings of the archaeological digs that have taken place here.

This Byzantine monastery is one of the greatest buildings of medieval Greece. It is known for its gold mosaics, wall paintings of the Katholikon church, and 11th century frescoes in the crypt. After wandering through its domed churches, built of red brick and stone, your group can relax among the almond trees on the beautiful slopes of Mount Helon.

This idyllic resort, not far from Nafplio and Epidavros, can provide a welcome bit of rest and recreation in between touring the historical sites of the area. The long sandy beach faces a wide bay dotted with islets and fringed with the mountains of the peninsula to the east, with boat trips available. Photo © Moriya Halon.

Half day See on map
11 Ancient Corinth and Corinth Canal

Boasting ancient baths, the Temple of Hephaestus and a collection of Roman remains, a visit to ancient Corinth is a chance for students to expand their appreciation of the classical world. Visit the deep and narrow Corinth canal, which so many ancient rulers attempted – and failed – to build. Neolithic pottery suggests that the site of Corinth was occupied from at least as early as 6500 BC.

Visit the ruins of the hill fort that was one of the most important centres of the Mycenaean world. The Ancient Greeks believed that the walls were built by the cyclops – because only giants of superhuman strength could have lifted the enormous stones. Students can view the remains of the palace complex and hear the legends of Hercules linked to the site. Photo © Alun Salt.

This compilation of powerful scenes from well-known tragedies by Aeschylus, Sophocles and Euripides is followed by a discussion with the actors and director. The performance can be combined with a workshop to create an ancient Greek Mask (which can be taken away) or a seminar on ancient Greek costume. 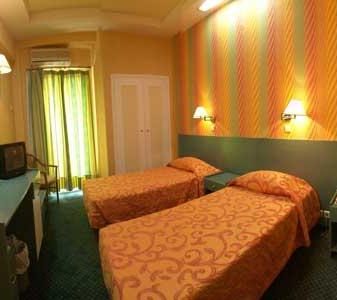 Bring the world of ancient Greece to life on a classics trip to Athens, home of modern democracy.

Athens is an affordable destination for school groups and the perfect place to study ancient worlds and beliefs.