Discover a dynasty at King Minos Palace in Knossos

See the great royal courts at the Minoan Palace of Phaistos

View the Roman and baroque architecture of Arkadi Monastery

Price Typically £658 Price per student Based on a 6 day tour for 30 students and 3 teachers departing March 2023
Schools - Greece, Classics - Generic

We were exceptionally well looked after. During the booking process, the sales staff were very helpful, very patient, always in listening mode and ever willing to find out crucial details and get back promptly. The operational staff put together a tour that worked seamlessly.

In Greek mythology King Minos dwelt in the Palace at Knossos. This large palace-city is the monumental symbol of the Minoan Kingdom and was the administrative and religious centre of the region. The first palace built in 1900 BC was destroyed by an earthquake then re-built and destroyed again around 1500-1400 BC. The ruined city also includes the homes of priests, officials and ordinary people.

Spanning 5,500 years of Cretan history this is one of the largest and most important museums in Greece. On display are significant finds from the Minoan period including frescoes, pottery, stone carvings, statues and the painted sarcophagus from Aghia Trias.

Gortys is the largest archaeological site in Crete and was one of the most important cities in Crete and its capital during the Roman period. Significant monuments are the acropolis and the Odeum where parts of the great law code of Gortyn (6 century BC) are inscribed on four stones. See also the early Byzantine church of St Titus who preached Christianity here with St Paul. The city was destroyed the Saracens in 828 AD.

Seat of the mythical Radamanthes, Phaistos was the second most important Minoan Palace-city. The remains of the new and old palace have been preserved. The layout of the palace is identical to Knossos but the Palace is less decorated.

The Agia Triada (Holy Trinity) Orthodox Monastery is one of the most impressive in Crete and was built in the 17th century in the Byzantine Cruciform style with three domes. The Museum has a collection of icons and codices and other religious works of art.

Lake Kournas, known as Lake Koressia in antiquitiy, is an important natural wetland and the only freshwater lake in Crete. There are two different legends concerning the water nymph said to inhabit the Lake. The unspoilt village of Kournas is 4kms from the lake in the foothills of Mount Dafnomadara (1680 m) and is linked to many battles for freedom from the Turks.

The old town of Rethymnon with its narrow streets is a mix of Venetian and Turkish architecture. The Fortezza is the Venetian fortress of Rethymnon. The old castle hill is thought to be the site of the acropolis of ancient Rithymna with its Temple of Apollo and Sanctuary of Artemis.

The Arkadi Monastery was one of the most prosperous monasteries in Crete. In the 19th century it became the symbol of Crete’s struggle for independence from the Turks when many hundreds of revolutionary fighters, woman and children who were sheltering in the monastery together with Turkish fighters lost their lives here during the siege in 1866.

The traditional village of Kritsa with its narrow streets clings to a cliff face at the foot of the Dikti Mountains with views across the olive groves. The village is best known for the nearby famous church Panagia Kera with its wonderful Byzantine frescos and the ancient Dorian City of Lato on a hilltop 3km away- one of the best preserved ancient cities of the Classical-Hellenistic period in Crete.

The fertile Lassithi Plateau has many small villages and used to be known for its windmills some of which are now being reconstructed. Agriculture was developed here during the Venetian rule of Crete. Traditional agriculture and artisan production of cheese and honey can be experienced at the hands on Lasinthos Eco Park.

A place of cult worship in Minoan times the Dikteon Cave is the legendary place where Zeus was born and hidden to avoid being eaten by his father Cronos. The cave has impressive stalactites and stalagmites. Religious finds from the cave are on display in the Heraklion archaeological museum. 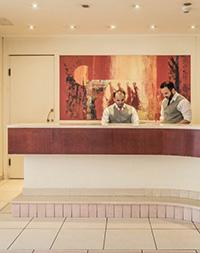 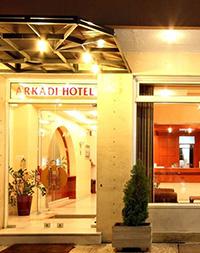 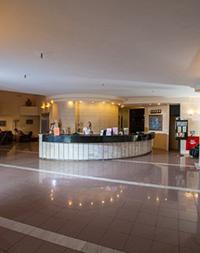 Large, modern, comfortable hotel
Consists of two buildings
Close to the seafront and walking distance to the famous lake

Bring the world of ancient Greece to life on a classics trip to Athens, home of modern democracy.

Athens is an affordable destination for school groups and the perfect place to study ancient worlds and beliefs.

From a relaxed coastal base, this school classics tour covers Athens, Delphi, Olympia and Tolon. An exciting wealth of impressive ancient sites to inspire studies for years to come.