Classics School Trip To Rome & The Bay Of Naples

The Colosseum, largest amphitheatre in the world

I have used Travelbound for 6 of the 7 Classical Tours that I have organised and they are by far the best (organisation and value for money).

Return flights UK to Italy
Half board in Rome, full in Bay of Naples
Transport to the Bay of Naples
Bay of Naples excursion transport
1 teacher place for every 10 students
Travel insurance
Return overseas transfers
24/7 support on tour

Half day See on map
03 The Pantheon

One of the best-preserved Roman buildings in the world, the Pantheon has been used as a Catholic Church since the 7th century AD. Built as a temple dedicated to all the gods, an excursion to the Pantheon offers the perfect opportunity to discuss the role of religion in Roman society.

Symbolic of a pivotal point in Roman history, the Arch of Constantine is great for groups interested in the later Roman Empire. This monument to the Emperor Constantine’s victory on the Milvian Bridge – with friezes praising him in battle and civilian duties – ignites debate on the roles of war, victory, change and continuity in Roman society.

This once opulent villa was built as a retreat from Rome for the Emperor Hadrian in the 2nd century AD. In the later years of his reign he governed the empire from here, and it was then used by his successors. In the ruins, gardens and fountains, students can see evidence of the extravagant tastes of the emperors and cardinals who once lived there.

Founded around the 4th century BC, Ostia served as Rome’s port city for centuries until the Tiber changed course, leaving the town high and dry. Excavations have revealed a remarkably intact Roman town in a tranquil, green setting, 30km southwest of Rome. As well as beautifully preserved buildings, the site is known for its impressive frescoes and mosaics

Half day See on map
11 Pompeii

Probably the most famous archaeological site in Italy, Pompeii is located just 25km away from Naples. Life in this rich and prosperous city was dramatically and brusquely interrupted in 79AD when Vesuvius erupted and totally buried it. A visit to the excavations gives students a pretty good idea of what life must have been like here two thousand years ago.

Full day or half day See on map
12 Mount Vesuvius

A hike up to the crater of this famous active volcano provides splendid views and a fresh perspective on the landscape. The whole Vesuvian area was turned into a national park in 1995. Your group can discuss the disastrous eruption of 79AD, which destroyed Pompeii, Herculaneum and Stabiae.

Half day See on map
13 Herculaneum

When Mount Vesuvius erupted in 79AD, the city of Herculaneum was engulfed in an avalanche of mud that preserved the buildings and streets. The excavated city today can be explored on foot, giving students a fine example of Roman lifestyles and architecture.

Tip: Herculaneum is a lot less busy than the more famous Pompeii.

This seaside villa is believed to have been owned by the Emperor Nero, and used by his second wife, Poppaea Sabina. It houses some of the best preserved Roman frescoes in the world. Examining these beautiful examples of Roman design, your students will gain an insight into the drastic contrast between the lives of the rich and the slaves of Roman society. Photo © Ho Visto Nina Volare.

A ferry trip from Sorrento to the Island of Capri gives students a great opportunity to observe the geography of the coastline from a different perspective. The island is famed for its lemon groves, natural beauty and expensive boutiques. Highlights include the Villa San Michelle and the cable car ride to the summit of the island.

Located close to the ruined city of Herculaneum, this multi-sensory experience recreates a vision of the region before the eruption of Vesuvius in AD 75. Through technology including 3D reconstruction, holograms, synchronized multi-projections and hypersonic sound, the sites of Pompeii, Herculaneum, Baia, Stabiae and Capri are brought to life. This visit can be combined with Herculaneum or Mount Vesuvius.

Descend 40m below the streets of Naples into a subterranean world of quarries and tunnels dating back 2,400 years. The caverns and passageways not only provided building stone for the city but have also been used as an aqueduct and cisterns, Roman access passageways and most recently provided shelter during WWII. The visit also includes the ruins of a Greco-Roman theatre where the Emperor Nero once performed.

Half day See on map
18 Virtual Reality Experience at Pompeii

Enhance your students experience at Pompeii and see the ancient city in a new and exciting way. At key points of interest put on your Virtual Reality headset and travel back 2,000 years in time. The streets, temples, theatres, markets, shops and houses come to life before your eyes in 3D and in 360°. The visit will be accompanied by tour assistants to help with the equipment. It is also possible to add a qualified guide.

This is the oldest Greek settlement on mainland Italy known as Magna Graecia and was founded in the 8th or 9th century BC. Excavations in the early 20th century unveiled ancient crypts, tunnels and caves. The ruins abound with Greek mythology including Virgil’s tale that it was here the Cumaean Sibyl directed Aeneas to Hades. The Temple of Apollo is built on the site where Daedalus is said to have flown in Italy escaping King Minos in Crete. At the top of the ancient acropolis are the ruins of the Temple of Jupiter.

This is the third largest amphitheatre in Italy and it is likely the structure was built by the same architects who built the Coliseum in Rome. The original interior is largely preserved thanks, in part, to the Solfatara volcano which partially buried the amphitheatre. This is a great location for pupils studying Roman history.

Baia was an important Imperial coastal resort in Roman times. It was here that Caligula built a villa & Nero murdered his Mother Agrippina. Seismic activity caused the land to sink beneath the sea submerging parts of the ancient Imperial city. Take a guided trip on a glass bottom boat to see the ruins which are now a marine archaeological park. The boat trip is available from March to early November weather depending. 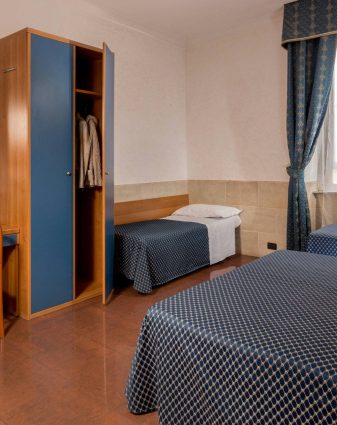 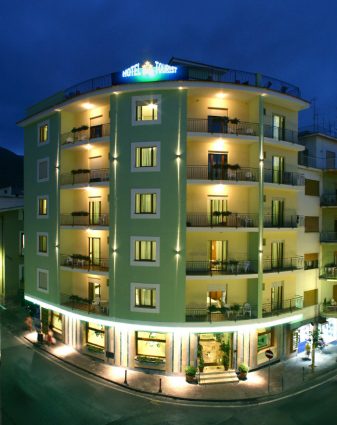 Near the old town centre, station and tourist port
Easy access to the Island of Capri, Pompeii and Herculaneum
Friendly and helpful staff 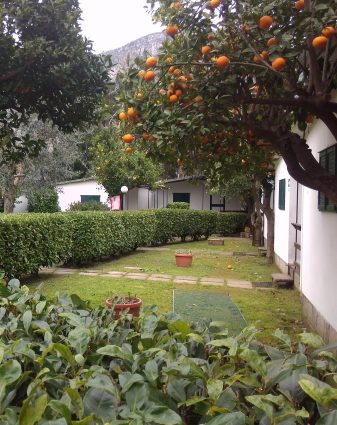