The Colosseum, largest amphitheatre in the world

The battle frieze on Trajan’s Column

I have used Travelbound for 6 of the 7 Classical Tours that I have organised and they are by far the best (organisation and value for money).

Return flights UK to Rome
Insurance
Return overseas transfers
1 teacher place for every 10 students
Accommodation, half board
24/7 support during trip

Half day See on map
05 The Pantheon

One of the best-preserved Roman buildings in the world, the Pantheon has been used as a Catholic Church since the 7th century AD. Built as a temple dedicated to all the gods, an excursion to the Pantheon offers the perfect opportunity to discuss the role of religion in Roman society.

Founded around the 4th century BC, Ostia served as Rome’s port city for centuries until the Tiber changed course, leaving the town high and dry. Excavations have revealed a remarkably intact Roman town in a tranquil, green setting, 30km southwest of Rome. As well as beautifully preserved buildings, the site is known for its impressive frescoes and mosaics

With three panoramic cinema screens and special effects, from wind to moveable seats and platforms, the time elevator immerses students on an educational journey. It starts with the legend of Romulus and Remus, through the rise and fall of the Roman Empire to the events of the Middle Ages, the Renaissance and the Fascist period up to the present day.

Symbolic of a pivotal point in Roman history, the Arch of Constantine is great for groups interested in the later Roman Empire. This monument to the Emperor Constantine’s victory on the Milvian Bridge – with friezes praising him in battle and civilian duties – ignites debate on the roles of war, victory, change and continuity in Roman society.

This once opulent villa was built as a retreat from Rome for the Emperor Hadrian in the 2nd century AD. In the later years of his reign he governed the empire from here, and it was then used by his successors. In the ruins, gardens and fountains, students can see evidence of the extravagant tastes of the emperors and cardinals who once lived there.

This triumphal column, completed in 113AD, commemorates Emperor Trajan’s victory in the Dacian Wars. Students can study the continuous frieze that winds up around the tower depicting his two military campaigns. It shows the emperor and his troops preparing for and engaging in battle, providing an invaluable source of information on Roman methods of warfare.

This fountain at the junction of three roads – tre vie – marks the end point of one of the aqueducts that supplied water to ancient Rome. Completed in 1762, it’s a baroque extravaganza of carved seashells, sea beasts and mermaids incorporated in a stately triumphal arch. It famously featured in the films Three Coins in the Fountain and La Dolce Vita.

Students on their own ‘Grand Tour’ can join the likes of writers Byron and Honoré de Balzac in being inspired by the view from the longest and widest staircase in Europe. The hillside was transformed in 1723 – 1725 in honour of a diplomatic visit by the king of Spain, with the staircase linking the Piazza di Spagna to the Trinita dei Monti church.

Originally built as a stadium in the first century for athletic contests and chariot races, Piazza Navona was laid out in its ruins in the 15th century, and is now a lively place where locals and tourists hang out. Students can watch the street performers, enjoy an ice cream and admire the baroque palaces that line the square.

Tip: A good place to spend time in the evening 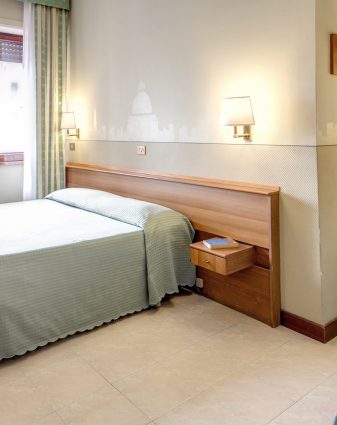 Located close to St Peter’s Square and the Vatican in a respectable neighborhood
1.5km from Stadio Olimpico stadium for football fans
Close to the main train station where your group can catch a Metro line to all the famous sights

Tour Classics School Trip To The Bay of Naples

A beguiling city full of art, history and culture. Florence is ideal for cross-curricular, multi-subject school trips as there is so much it has to offer.

We’ll help you tick all the subject boxes as well as plan an exciting, fun educational trip in Tuscany!