Amazing architecture and museums reveal the history of the Russian Revolution, the Tsars, WWII and communism.

An ideal school trip for history students and their passionate teachers.

The Church of the Spilled Blood

WWII and the Russian Revolution in two cities

Our top excursions on this trip were to the Kremlin, Lenin’s Tomb, Novodevichy Cemetery and Hermitage. The students found the historical sights, art and décor inspiring.

Scene of grand military parades during the Soviet era, Red Square is Moscow’s bustling centre. Visitors here can admire Lenin’s tomb where he has lain in state in a colourful mausoleum since his death in 1924. Red Square is also home to the whimsical, onion-domed St Basil’s Cathedral -an amazing feat of religious architecture commissioned by Ivan the Terrible in 1552 and now housing a museum.

Home of Tsars and Commissars alike and the official residence of Russia’s President, the Kremlin has been at the centre of Russian history since the 15th century. This ornate fortified complex includes five palaces, four cathedrals and the enclosing Kremlin Wall with Kremlin towers. Students can see where figures such as Lenin lived and appreciate the importance of decisions taken here for world history.

Take a guided tour of Moscow’s sprawling Metro system, an attraction in its own right. Each station was conceived by a different designer, using bronze, crystal and mosaic. The Metro is a state-owned enterprise. Its total length is 312.9km and consists of 12 lines, which are coded by colour, and 188 stations. The average daily passenger traffic is 7m people.

2 hours See on map
04 Cathedral of Christ our Saviour

This flamboyant neoclassical cathedral was built between 1839 and 1883 as a memorial to the Russian troops who fell fighting Napoleon’s forces. It is the tallest Orthodox Church in the world, with architecture full of symbolism. It was blown up in 1931 under Stalin, and the then resurrected in 1997 from the ruins at a cost of more than $150m USD.

2 hours See on map
05 Church of the Spilled Blood

This typical Russian church, with its colourful onion domes, was built on the site where Tsar Alexander II was assassinated. The extravagant interior features glittering stretches of mosaic, gold leaf and an altar made entirely of semiprecious gems and painted scenes of martyrdom.

1 hour See on map
06 The Hermitage

A visit to the Hermitage brings home to students the incredible wealth posed by the Czars. The largest museum in Russia, it has over 3m items including the largest collection of paintings in the world, sculptures and classical antiquities. The collection is housed in six historic buildings along Palace Embankment, including the Winter Palace.

Built between 1712 and 1733 under Peter the Great, this complex contains the cathedral that served as St Petersburg’s symbol for centuries and also the prison that held many prominent Bolsheviks captive. Students can use both sites to compare the similarities and differences between the regimes and also explore the importance of religion to the Tsars.

This cemetery serves as a poignant reminder of the scale of the tragedy St Petersburg endured through World War II and the 900-day Siege of Leningrad under the Nazis. About half a million of those who died – mostly of cold and starvation – are buried in the cemetery’s 186 mass graves. Despite the horrors experienced by the city’s residents, Leningrad did not surrender. 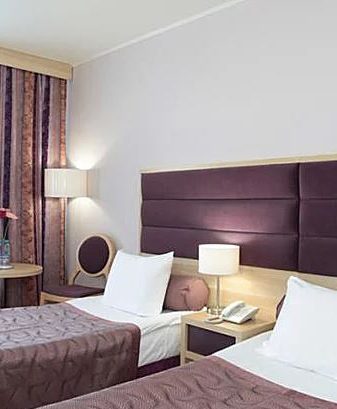 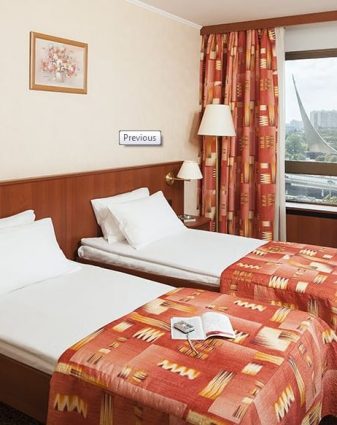 Close to Ostankino Telecom Tower, Count Sheremetyev’s Palace and the Olimpijsky Sports Complex
Located next to the All-Russia Exhibition Centre with the nearest Metro station 400m away