Students can get absorbed in Spanish culture and tradition in stunning Seville, the largest city in Andalucia.

Seville is perfect to help young learners learn Spanish. Other popular modern foreign language choices include Mandarin, French and German or we can help with other languages as needed.

We’ll help plan, book, advise and organise so you can enjoy the tour as much as your students will.

The impressive gothic Cathedral and Giralda

Price Typically £408 Price per student Based on a 3 night tour for 30 students, travelling March 2023

The best place to learn Spanish is in Spain and we can arrange language lessons at a local language school with a native speaker.  This gives students a chance to work on grammar, vocabulary and pronunciation and to discuss cultural and social aspects of Spain with the teacher. Afterwards, students can use what they have learned in a real context.

This is the largest Gothic cathedral in the world and a UNESCO world heritage site. Built in the 15th century on the site of a 12th century mosque the cathedral is the final resting place of Christopher Columbus. Climb the 35 ramps of the tower designed so donkeys and horses could ascend for spectacular views across the city.

The heart of the Alcazar is the Royal Palace built by Moorish workmen for the Christian King Pedro the Cruel of Castile in the 14th century. Highlights include the Patio de las Doncellas with its pool and sunken gardens, the Ambassador’s Hall with its gold dome, the gallery with portraits of all the Castillian kings and the House of Trade where Columbus signed his contract with Queen Isabella.

Located by the Guadalquivir River, the Torre del Oro (Gold Tower) is a military watchtower constructed by the Moors during the Almohad dynasty, in the 13th century. Its purpose was to control access to the city from the river. It is a remnant of the Moorish fortified walls which originally enclosed the city.

Close to the river to the south of the city the Maria-Luisa Park is filled with exotic trees, fairytale buildings and Moorish fountains and pools. The park was the location of Ibero-American Exhibition of 1929 and the enormous spectacular Plaza de Espana with was designed and built especially as a centre piece.

Dating from 1762-1881 this is one of the oldest and considered to be one of the finest bullrings in Spain with a magnificent baroque façade and wrought iron gates. The bullring was made famous by Bizet’s Opera Carmen. Although a highly controversial sport Bullfighting is still very popular in the region. Take a guided tour around the arena and learn more about the history of this sport.

This stunning contemporary city landmark designed by the German architect Jurgen Mayer H of six waffle-like parasols is said to be the world’s largest timber-framed structure. There is an archaeological museum in the basement and a food market, restaurants, walkways and a performance space on the ground and upper floors. There are great views of the city from the top of the building.

A lesson in how to make Spain’s famous rice-based dish provides a great new skill, plus some historical background. Paella originated in the fields of Valencia in eastern Spain. Today it is made in every region of Spain, using just about any ingredient that goes well with rice.

Pupils can enjoy the colourful spectacle of this traditional Andalucian art form on stage. The passion, strength and confidence of Flamenco performers make for an unforgettable show. See how they artfully convey their full range of emotions – from humour, happiness and love to envy, anger and bitterness – within a strict framework of rhythmic patterns.

An evening of tapas tasting makes for an enjoyable way to learn about Andalucian food and culture. The menu includes cold tapas, such as air-dried ham, cheeses and olives, and hot options such as chopitos – battered, fried baby squid – succulent bull’s tail, and flamenquines – deep fried ham rolls.

Built around three patios and dating from the 17th century this lovingly restored building houses a collection of art and sculpture from medieval to modern day. The Museum of Fine Arts of Seville features works from the Seville School of artists including Esteban Murillo, Bartolome, Francisco de Zurbaran and Juan de Vales Leal. Image by Anual CC BY-SA 3.0, via Wikimedia Commons.

The home of Seville Football Club is located in the Nervion district, south-east of the city centre, with a seating capacity for over 45,000. The stadium tour includes the trophy room, press room, players’ tunnel, and dressing room. There is easy access by metro. Image by https://www.flickr.com/people/inkiboo/ – CC BY 2.0, via Wikimedia Commons.

This is the first Flamenco dance museum in the world, and follows the history of this powerful dance from when it was a gypsy street dance to the present day. The museum includes areas dedicated to famous Flamenco dancers, art works, memorabilia and costumes. Technology is used to immerse visitors, and the museum also offers workshops, flamenco lessons, live recitals and evening performances.

The amusement park is centred around a lake and divided into seven themed areas representative of different episodes in Spanish 16th century colonial history. There are live shows, a cinematic experience, plenty of thrill rides including the Iguazu set in an Amazon jungle waterfall, and night time multi-media lake shows (seasonal openings apply, please check availability).

Cordoba has been the capital of both a Roman province and an Islamic caliphate. During the Middle Ages it was the intellectual centre of Europe, with universities, medical schools and vast libraries. Tour the site-rich old town, radiating out from the glorious Mezquita, the Western World’s greatest mosque and also visit the city’s modern, commercial centre.

There’s much to learn at this institution in Jerez de la Frontera. It is devoted to conserving the ancestral abilities of the Andalusian horse, maintaining the traditions of Spanish baroque horsemanship, and preparing horses and riders for dressage competitions. Pupils can also find out about blacksmithing, saddlery and the care and breeding of horses.

Half day See on map
17 The Travelbound Seville Quest

Visit some of the main sites of Andalucia’s capital city, with its medieval streets and hidden plazas. Students are encouraged to work in teams to collect keys and be in with a chance of unlocking the winning box. The city of Seville comes alive through a mix of treasure hunt-style clue solving and challenges with visits to iconic sights including the stunning Reales Alcázares and Seville’s gothic cathedral. Enrichment or MFL version available. 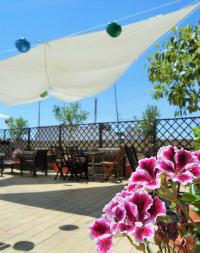 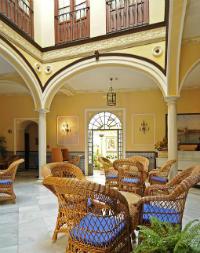 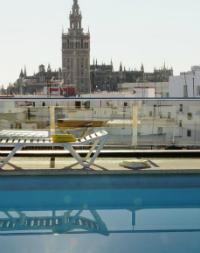 Birthplace of Paella and home to the Fallas Festival this is a city of tradition that also looks to the future.

Valencia is a vibrant city where young learners can practice their Spanish skills with friendly locals.

If you are interested in other languages, other popular options include French, German and Mandarin. Our experts can help with your requests.

Students will enjoy practicing their German skills with locals.

We can help plan other modern foreign language trips, from French, Spanish, and Mandarin. We guarantee you will enjoy our tours as much as your students!

The North German cities of Bremen and Bremerhaven are a great place to improve your German language skills.

Young learners have the opportunity to practice during various educational activities.

Other popular modern foreign language choices include French, Spanish and Mandarin, or we can help with other languages as needed.