Birthplace of Paella and home to the Fallas Festival this is a city of tradition that also looks to the future.

Valencia is a vibrant city where young learners can practice their Spanish skills with friendly locals.

If you are interested in other languages, other popular options include French, German and Mandarin. Our experts can help with your requests.

The historic Plaza de la Virgen and the Old Town

Experience the colours and smells of the Central Market

Learn how to make Paella in its birthplace

Trip was wonderful overall, the students are all scoring it 8/9/10 out of 10 which is very positive

The best place to learn Spanish is in Spain and we can arrange language lessons at a local language school with a native speaker.  This gives students a chance to work on grammar, vocabulary and pronunciation and to discuss cultural and social aspects of Spain with the teacher. Afterwards, students can use what they have learned in a real context.

This magnificent gothic civil building from Valencia’s golden age in the 15th century is a UNESCO World Heritage Site. This was a commercial centre from a period when Valencia was a major trading power in silk and other goods.

This central square is surrounded by historic buildings, including the two heritage treasures the Cathedral and the Basilica of the Virgin. The 13th century Cathedral was built on the site of a Roman Temple which was later a mosque. The Chapel of the Holy Grail is believed to house the cup that was used by Jesus at the Last Supper.

This jewel of modernist architecture with its dome and stained glass windows has over 1,200 stands. A visit to the market is a feast for the senses with all types of local culinary produce available. Enjoy the atmosphere and a chance to practice some Spanish.

A lesson in how to make Spain’s famous rice-based dish provides a great new skill, plus some historical background. Paella originated in the fields of Valencia in eastern Spain. Today it is made in every region of Spain, using just about any ingredient that goes well with rice.

These are the two remaining medieval city gates, defensive towers that formed part of the medieval city walls. The Torres de Quart played an important role keeping out Napoleons Troops during the War of Independence against the French. Canon ball marks can still be seen. The towers offer great views over the Old Town.

This museum traces the history of Valencia through the ages and how this has shaped the city today. The collections look at important events in the city’s history its culture and customs. There are paintings, archaeological exhibits, photographs, books, costumes and multi-media exhibits. The building itself is the old city water works built in 1850.

This is a museum dedicated to the traditional annual festival which takes place in Valencia in March to mark the coming of spring. Hundreds of papier- maché models are made for the festival and all are burnt in the final celebrations except for one which is chosen by the people. The museum displays the chosen models or Ninots dating back to 1934. There are posters and photographs of the Fallas.

Football fans will enjoy a tour of the Mestalla Stadium, the home of Valencia’s football club. The stadium seats 55,000 and is the fifth largest in Spain. The guided tour includes the changing rooms, player’s tunnel, VIP boxes, the stadium chapel and pitch.

This is the largest recreational and cultural centre in Europe, nearly 2 kms long and constructed in the former bed of the Turia River. The attractions in the complex are The Oceanografic, The Palau de las Arts Reina Sofia, a performing arts auditorium, The Science Museum Principe Felipe and the Hemisferic, a projection Hall. The Umbracle has a garden of Astronomy and an open air art and sculpture gallery.

1.5 hours See on map
11 The Oceanografic (City of Arts and Sciences)

This is the largest oceanographic aquarium in Europe. The planets main marine ecosystems are represented here. The aquarium is home to over 500 species including walruses, penguins, shark and dolphins. There are also wetland bird species. Photo byÂ Felipe Gabaldón – CC BY 2.0, via Wikimedia Commons.

This interactive museum focuses on the evolution of life and the promotion of science and technology. It’s aim is to look at science in a fun way with exhibitions, scientific animations, workshops and activities. Popular exhibits include looking at the sequencing of DNA, The Legacy of Science exhibition by researchers, and the magnificent building is designed in the form of a whale’s skeleton.

This spectacular building in the form of a giant eye is the centre piece of the city of Arts and Sciences. The hemisphere is reflected in the surrounding water pool to give an illusion of a whole eye. There is a planetarium and IMAX Cinema. The Iris of the Eye is an omnimax theatre.

Take a trip to the Albufera National Park with its lagoon and rice fields 25kms from Valencia. A farmer will explain about rice cultivation introduced by the Arabs. Take a boat ride on the lagoon in this peaceful area enjoying the scenery and bird life of the lake. See the traditional cottages called Barracas and enjoy a Paella in a local restaurant.

Half day See on map
15 Bioparc

This is an African-themed zoo with over 4,000 animals in landscaped enclosures. In the African Savanna see rhino, giraffe, zebra, lion and mongoose. In Equatorial Africa landscape see elephants. Go in search of gorillas in the Equatorial Forest. In Kitum Cave there are hippos and crocodile and enjoy watching lemur in the Madagascar area. Activities help raise awareness of protecting the natural environment.

This popular theme park near Benidorm is an exciting day out. Themed on ancient civilizations including Egypt, Rome and Greece there is fun and entertainment for all ages. Groups will enjoy a variety of live shows, thrilling rides, eateries and shops. (Seasonal opening)

One of Spain’s most important cities, Valencia boasts a long and interesting history. Students are encouraged to work in teams to collect keys and be in with a chance of unlocking the winning box. Iconic places included in the quest are Plaza de la Reina, Mercado Central and Torres de Serrano. An enjoyable mix of treasure hunt-style clue solving and team activities keep students engaged until the very end when the winning team is finally revealed. Enrichment or MFL version available. 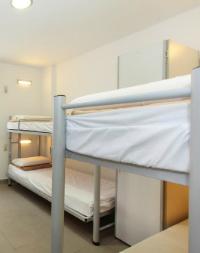 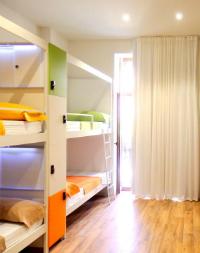 Multi-bedded rooms with and without facilities
Twin rooms with facilities for leaders
Restaurant, individual lockers and air-conditioning

This lively city teems with possibilities for practising Spanish in its streets, markets, cafés and galleries.

Barcelona is the ideal destination for young explorers to develop their Spanish skills.

If you are interested in teaching other popular modern foreign languages, we can help with organising German, French and Mandarin language trips.

The rich cultural traditions and warm climate of Andalucia make it a delightful destination for language groups.

The coastal town of Benalmadena is the perfect setting for students to practice their Spanish skills and discover a new culture.

Our experts can help with any other language you are interested in teaching, including French, German, Mandarin, and many more.

This vibrant city pulsates with life, and language students get enthused by its art, culture, food and language.

Students can explore the beautiful Spanish capital whilst putting their Spanish skills into practice.

If you are interested in teaching other languages, we can help organise trips for Mandarin, German, French and many more MFL options.