Find out how Madrid presents its many treasures of art, culture and recreation to sustain a vibrant tourist industry.

Please contact us for a price
FEDS - Madrid - Generic

*Excursion fees may not be included in this tour – please contact us to learn more.

This large city square, surrounded by a huge building, was built in 1619 at the behest of Philip II as part of his plan to make Madrid the capital of Spain. It has been the site of executions, tournaments, weddings, bullfights and Inquisition trials. Nowadays it is home to cafés, bars, restaurants and shops selling antiques, coins, and military memorabilia.

The main Spanish national art museum has one of the world’s finest collections of European art, from the 12th century to the early 19th century, based on the former Spanish Royal Collection. As well as works by Hieronymous Bosch, Rembrandt and Boticelli, students can view the best single collection of Spanish art, including many works by Francisco de Goya.

Pupils can enjoy the colourful spectacle of this traditional Andalucian art form on stage. The passion, strength and confidence of Flamenco performers make for an unforgettable show. See how they artfully convey their full range of emotions – from humour, happiness and love to envy, anger and bitterness – within a strict framework of rhythmic patterns.

The Royal Palace awes visitors with its sheer size and monumental presence. It was commissioned in the early 18th century by Felipe V, who was inspired by his childhood at Versailles with his grandfather Louis XIV. Inside, 2,800 rooms compete with each other for over-the-top opulence. The guided tour winds a mile-long path through its highlights.

Built in 1916, this market is the finest example of cast-iron architecture in Madrid. Today it is a temple to gastronomy, with stalls selling delicious products from salted fish to air-dried ham to fresh pasta, juices and cakes. A visit here is an education in the diverse food and drink of Spain. It is open until late, and hosts concerts and cultural events. Photo © Herry Lawford

The principle church of the Diocese of Madrid, this Gothic Revival building was started in 1883 and not completed until 1993, when it was consecrated by the pope. The delay until such recent times in the building of a cathedral in the capital is largely due to the fact that Madrid was part of the Archdiocese of Toledo, which was reluctant to relinquish it.

Visit the 85,0000-seater home of legendary football club Real Madrid for a look behind the scenes. Students can walk in the steps of the players, from the tunnel to the locker rooms, the bench, the pitch and even the presidential box. The tour ends with a visit to the new museum and a look at some footballing artefacts that bring the club’s history to life.

Las Ventas is the home of bullfighting in Spain. On a guided tour, students can experience the emotions that might be felt by a bullfighter or a member of the public, visiting the patio de cuadrillas (where the bullfighters wait before the event), the patio de arrastre – where the bull is taken after the fight – the main gate, the ring itself and the stands. 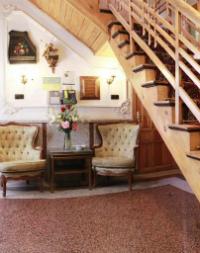 Central location, a 10-minute walk from Thyssen-Bornemisza, the Prado Museum and the Chueca District
Four metro stations are within a five-minute walk away
Air-conditioning for the warm Spanish evenings 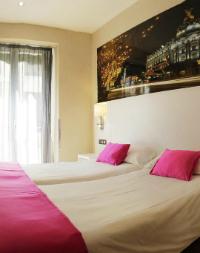 Explore the best of China’s most iconic landmarks on a university or college trip. We’ll take your course objectives into consideration as we work with you to create a bespoke tour just for you and your students.

From designer shopping on Rodeo Drive to getting active on Venice Beach, Los Angeles is a bustling tourist playground and we run bespoke university and college trips there for tourism and travel students!

Students will be able to see how historic Venice receives and delights tourists, who flock there for its culture and Renaissance riches.

Full of travel and tourism learning opportunities and experiences.