Barcelona’s world-class galleries are filled with important works for art students to see and its streets with the radical designs of Gaudi.

20th century treasures at the Museum of Contemporary Art

The First Communion at the Picasso Museum

Surrealism at the Dalí Museum, Figueres

This is the second time I have used Travelbound and I would definitely recommend to a friend. I was happy with the organisation of the
trip and also how quickly emails were returned. I felt TB staff were always there to assist.

Return flights UK to Barcelona or Girona
Return airport coach transfer to hotel
Accommodation, half board
1 teacher place for every 10 students
Insurance

Gaudi’s masterpiece, this large, sand-coloured Catholic church has fluid forms, towering spires and surfaces overflowing with sculptures. It is still under construction even though it was started in 1882. Gaudi spent the last 40 years of his life working on this project and it isn’t scheduled for completion until 2026.

The museum has the most complete collection of works by Picasso – with more than 3,500 paintings, drawings, engravings and ceramics. Picasso moved to Barcelona in his teens, and the museum reveals his relationship with the city. Look out for the important works The First Communion and Science and Charity.

Established in 1975, this foundation owns some of the most representative works by the Catalan artist as well as many by other contemporary artists. It contains more than 10,000 pieces including paintings, sculptures, sketches and tapestries. Designed by Josep Lluís Sert, the building has an open-plan structure inspired by traditional Mediterranean styles.

This museum and cultural centre is dedicated to the life and works of painter, sculptor and art theorist Antoni Tàpies. Born in 1923, he started as a surrealist painter. In 1953 he began working in mixed media, and this is considered his most original contribution to art. The foundation hosts temporary exhibitions, symposia, lectures and film seasons.

Gaudi has let his most whimsical ideas take flight in this enchanting landscaped park, high on a hill in the Gracia district. It contains amazing stone structures, mosaics and fascinating buildings festooned with dragons and natural shapes, plus the spired house where the artist lived for most of his last 20 years.

The MNAC embraces all the arts, from sculpture to painting, objets d’art, drawing, engraving, posters, photography and coinage. It has the task of explaining the general history of Catalan art from the Romanesque period to the mid-twentieth century. The museum is housed in the Palau Nacional, a huge, Italian-style building dating back to 1929.

Set at the foot of Montjuïc, Pueblo Espanyol is an open-air architectural museum with streets and squares reproduced to scale. It was built in 1929 for the Barcelona International Exhibition. The aim was to produce an ‘ideal, model’ Spanish village where the architecture, style, and culture of various locations around the country were preserved in one place. Photo © Olga Palma.

This ultramodern glass-fronted building set beside the city’s gothic centre was designed by Richard Meier and opened in 1995. The permanent collection, which dates from the mid-20th century onwards, focuses on Catalan and Spanish art, although some international artists are also represented. A visit here is a thought-provoking and stimulating excursion for students.

Stroll down Barcelona’s most famous street, separating the barrios of La Ribera and the Gothic Quarter. Locals and tourists bustle around the stalls selling trinkets, flowers and pets, the smart shops and Boqueria market, or just enjoy a café con leche while watching street performers. Photo © Alberto Cabello Mayero.

Enjoy a fun Gaudi art workshop in central Barcelona, where students will decorate their own Gaudi Ceramic Souvenir using fast drying acrylic paints. The Ceramic model will either be the iconic Gaudi Lizard from Parc Guell or a model of the Sagrada Familia. Anyone finishing early will be able to enjoy modelling some clay. It is also possible to take a tour of the Art school which was founded in 1970.

The Casa Batlló was originally a normal family house in the Eixample district of Barcelona. Antonio Gaudi completely reformed the external and internal features to create a masterpiece that appears to have no straight lines. The roof terrace is shaped like a dragon’s back. The house is locally known as the Casa dels Ossos (House of Bones) due to its skeletal, visceral look. Photo © Jules Antonio.

Casa Mila or ‘La Pedrera’ (The Quarry) as it is often called, is Gaudi’s second most popular building in Barcelona. The exterior has no straight lines, and is adorned with winding balconies covered with wrought-iron seaweed-like foliage. One of the most interesting places of the whole complex is the rooftop where you find a large number of surrealistic chimneys.

Students are encouraged to work in teams to collect keys and be in with a chance of unlocking the winning box. The quest visits many iconic landmarks from La Rambla to Plaça Real, and involves an exciting mix of treasure hunt-style clue solving and team activities. Whilst discovering the cosmopolitan capital of Catalonia, children stay engaged until to very last minute when the winning team is finally revealed. Enrichment or MFL version available. 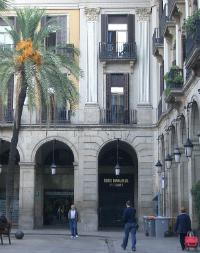 Located in the impressive Gothic quarter of the city – the oldest part of Barcelona
Excellent location close to the cathedral, the Liceu Opera House and Las Ramblas
Clean, comfortable rooms 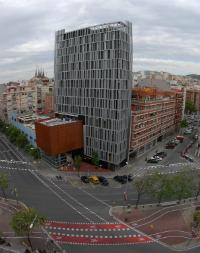 Explore the rich artistic heritage and the developing modern art scene on this exciting tour across Beijing, Xian and Shanghai!

Madrid brings together some of the world’s finest artistic collections to inspire art lovers to explore the city’s many galleries and museums.

An important opportunity for young art students to see some of the USA’s most famous and emotive galleries and works in New York and Philadelphia.