Tokyo is the perfect location to explore the colourful and thrilling history of Japanese anime.

Get inspired by the creative Harajuku district

Please contact us for a price
FEDS - Berlin - Generic

Asakusa Kannon Temple is one of Japan’s most popular and colourful Buddhist’s temples. The Nakamise market is a shoppers’ paradise! Part of the Asakusa Kannon Temple complex, it is a covered street with bustling stalls along each side – perfect for your souvenir shopping.

The creation of award-winning Japanese animation director Hayao Miyazaki, this imaginative museum includes a theatre showing film excerpts, a rooftop garden and exhibits related to his movies, including ‘Spirited Away’.

The Suginami Animation Museum opened in 2005 and is a renowned creative hub, providing a fun and inspiring way to learn, experience and understand anime. Many prolific animation companies are represented within this ‘anime town’.

Established in 1983, Tokyo Disneyland has seven magical themed areas: the World Bazaar, Adventureland, Westernland, Fantasyland, Tomorrowland, Critter Country and Mickey’s Toontown. Many of the attractions are identical to those in the original Disneyland park, as they are created on classic Disney creations and dreams.

Over 250 electrical appliance and electronic shops are located in a compact area around Chuo-dori Street, to the west of Akihabara Station. In this busting technological hub, animation-related shops have become a popular stop off for groups.

Ascend to the free observation decks of the Tokyo Metropolitan Government Building in Shinjuku for the most magnificent panoramic views of Tokyo and beyond. The striking 243 meter tall building has two impressive towers, each housing an observatory at a height of 202 meters.

Meiji Jingu is one of the Japan’s most popular shrines, dedicated to the sacred spirits of Emperor Meiji and his consort, Empress Shoken. A lush and tranquil forest surrounds the complex of buildings that make up the shrine. In 1920, over one hundred thousand trees were donated from people all over the country to create this soothing space. 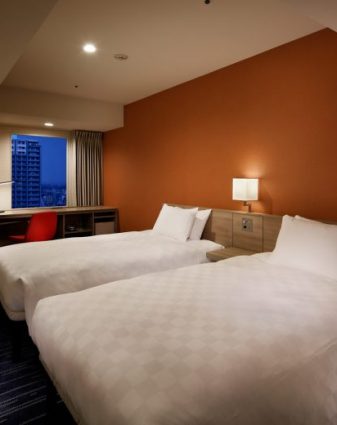 We specilise in making bespoke tours that fit the requirements of your student group and course objectives. If there is a excursion or activity not listed above that you would just love to include in your tour, get in touch with our further education department and we’ll do everything in our power to make it happen.

We have fantastic contacts in Japan and people on the ground who know their country inside and out. If there is anyone who can help put the perfect Animation course trip together for you, it’s us!

As the cultural capital of the USA, New York has a thriving art scene and hugely important museum collections.

Florence is the jewel of Renaissance Italy and offers university and college art and design students a feast for the senses.

Visit its glorious palazzos and breathtaking buildings to inspire your students course work and studies.

Explore the best of China’s most iconic landmarks on a university or college trip. We’ll take your course objectives into consideration as we work with you to create a bespoke tour just for you and your students.