Back to articles
Battlefields

We Went To The Battlefields Of WWI

Six members of the Travelbound team made their way to Belgium to learn more about what the area of Ypres can offer school groups as they discover more about life on the battlefields. Here, Flick recounts the trip and the lessons learned from the sacrifices of World War One.

Life in the trenches can be difficult to comprehend. Days on end not knowing when you’ll be ‘going over the top’, questioning when your last breath will be, wondering what your last thought would be, and dealing with extreme conditions of poor sanitation and torrential weather. How is it possible to really garner this perspective from a single video or textbook? 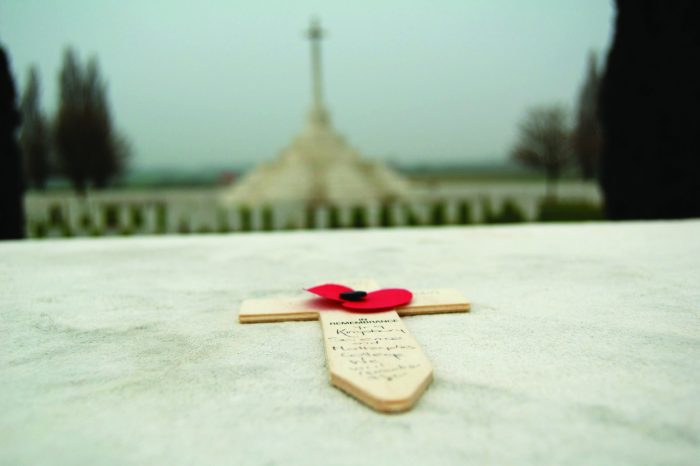 Where there is an opportunity to further learning and understanding, the experience should be maximised by making the most of structures, memorials and archived documents.

Working in conjunction with the Ypres Tourist Board and ‘Discovery Tour’ run by the Menin Gate accommodations, the team set off on a freezing Friday morning to learn more about the exciting projects for the end of the World War One commemorations.

We stayed at the Poppies Hotel, just a short walk from the town square in Ypres. After dropping our bags off, we headed to the In Flanders Fields Museum. A permanent exhibit traces the invasion of Belgium with educational programmes to delve deeper into the war past. One of the best parts of the museum is the ability to look up family members at the end of your visit on the ‘Names List’.

Encourage your students to ask family members for any information they may have on relatives involved in World War One prior to your visit the In Flanders Fields Museum.

Following our In Flanders Fields Museum visit, we enjoyed a lovely reception in the Cloth Hall and learnt more about some of the new projects, including a new exhibition opening in the Cloth Hall in June 2017. This has some very moving photography from the War. 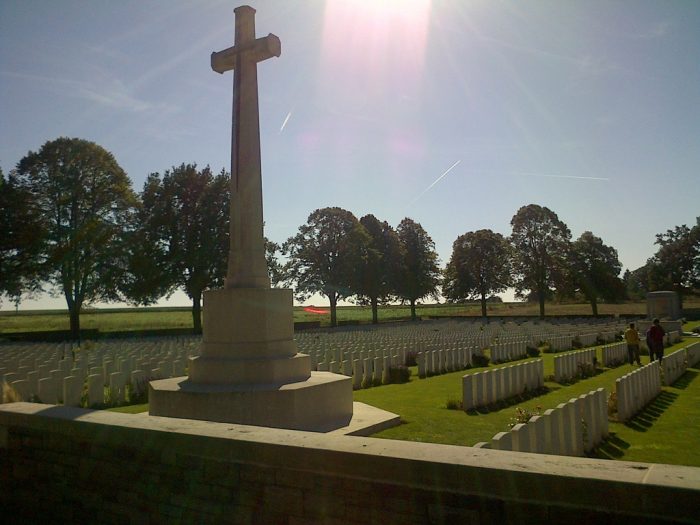 At Lijssenthoek Military Cemetery, we discovered the story of how it was prepared as a hospital site and was the biggest evacuation hospital in the Ypres Salient. The final stop for the day saw us arrive at Menin Gate for the Last Post Ceremony, which happens every day at 8pm as a tribute to the lives lost. The most poignant part for me appeared in the shape of the endless names inscribed inside the tunnel. I have seen the ceremony several times now and each time I see it with a fresh pair of eyes. The impact never fades, “we will remember them”.

Expanding the experience for visitors

We passed Hellfire Corner, which was known as ‘the most dangerous corner on earth’ during the War. School groups will see the Memorial Museum of Passchendaele 1917 is split into five parts; complete with a dugout and trench experience. The Remembrance Hall has a temporary exhibit that details the physical and mental plight of the soldiers. I loved the interactivity and chronological sequence of the exhibitions which made it very easy to follow and find my way around. The grounds surrounding the building make a great spot to stop for lunch too.

Back to the coach, we carried on the tour to Polygon Wood and the Buttes New British Cemetery and Memorials to the Australian and New Zealand casualties. There is also a memorial to the missing and bunkers to explore in the woods. Just around the corner is the Black Watch memorial of a soldier standing ready in kilt, jacket and bonnet. The statue honours the 8,960 Black Watch soldiers killed and more than 20,000 wounded during the course of World War One and can kick-start a discussion on the Black Watch regiment and their attempts to halt the German advance despite being outnumbered.

The team continued to the Hooge Crater Museum. Since my last visit, a new exhibit has been erected outside on how chateaux in the area were used during the War with an informative short film available to view from the accompanying benches. You can also download the Ypres Salient 1914 – 1918 Hooge Crater App for one of many walks to Bellewaerde Ridge that begin at the museum. The remembrance trees have Bluetooth function to gain further information from the App too.

Reunited with my colleagues who were on other tours, we spent the afternoon at a tourism fair in Ypres where we gained more specific details on the excursions and hotels in Belgium. This then led to the evening’s gala dinner at the Flanders Lodge where we got to know each other more and share our passion for a wonderful place!

Another early start on our final day was made a little easier with a trip over the border to Albert in France. Our morning coach guide gave us a detailed yet concise recollection of the Battle of the Somme. There are 421 British cemeteries here following the instructions of the Commonwealth Graves Commission to have everyone buried exactly where they were killed. What touched me the most was hearing the British forces were made up of volunteers; the youngest of whom was just twelve years old. Thiepval holds the names of all the British and South African soldiers still missing and it is said you can find David Bowie’s grandfather’s name here also. 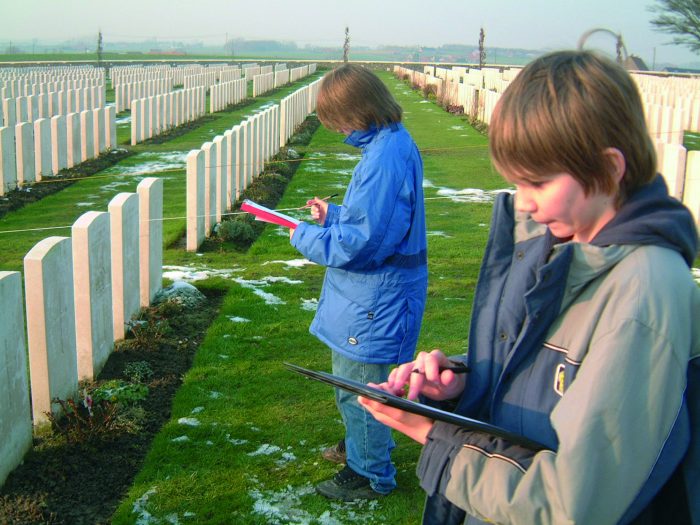 We made a brief stop at Lochnagar Crater, before heading on to the Town Hall to meet the Mayor of Albert who has been in the role for the past six years! He gave a passionate speech thanking us for all the hard work we have done for the region. The team even managed to snap a photo with him on the Town Hall steps. We then got to look around the Poppies Albert, which is a popular hostel with a lot of our groups for its tastefully decorated rooms and great location in the very centre of Albert. Following one last tourism fair providing us with an opportunity to meet our partners in the Somme region, we hopped back on the coach for the UK.

The trip provided the team with a greater insight into changes to the excursions we offer and the vast learning opportunities available. It also reminded us of the importance a school trip abroad can have in providing a unique experience that develops the student holistically beyond improving subject knowledge. Placing learning in context and seeing the places you usually only get to read about can have a powerful and lasting effect – and not just on students! For teachers, introducing their group to a new learning environment can too impact on their pedagogical knowledge and how they approach teaching.

We would like to thank our partners on the ground for their hospitality during our time in Ypres and the Somme region.