The interactive In Flanders Fields Museum

Price Typically £388 Price per student Based on a 3 night tour for 35 students, travelling June 2023
Schools - The Somme, Battlefields

Our top three excursions were to Parc Astérix, Beaumont Hamel and the Musée Somme 1916. The students found Tyne Cot and Beaumont Hamel the most inspiring.

This town in the Flemish Region of West Flanders has a medieval history and is famous for its hops and lace production. Known as “Pops” to the British soldiers in the First World War it was the gateway to the battlefields of the northern Ypres Salient for thousands of British troops. Talbot House was established as a club in 1915 for British soldiers and is now a fascinating museum. Photo Â Bernt Rostad.

This British trench wasn’t discovered until 1992 by a group of archaeologists who went on to excavate tunnelled dugouts and soldier remains. One of the few sites with original trenches on the Ypres Salient, the location exhibits very narrow networks with recreated fire steps and loopholes. Students can get a real sense of the space the soldiers occupied.

This moving tribute to the courage and sacrifice of those who fell defending their town is an imperative experience for students connecting with WWI. Each night at 8pm the traffic stops around the Menin Gate memorial – six buglers from the fire brigade play the Last Post, Reveille and silence is upheld.

The slopes of Hill 62 were part of the front line in 1915. The museum at Sanctuary Wood is one of few sites on the Ypres Salient battlefields where an original trench layout can be seen, relatively unchanged since the war. Most farmers returning to their plots would plough over the scarred land, but here sections of the system were left intact. Photo © Amanda Slater.

There are only four WWI German cemeteries in Flanders – the first German gas attacks happened in Langemark 1915 and over 44,000 soldiers are buried here. After the battle of France in 1940, troops withdrew to Dunkirk and Calais over these battlegrounds of World War I. Some casualties of 1940 are buried side by side with soldiers who fell not 30 years previous. Photo © Nick Townsend.

The Hooge Crater Museum offers an extensive collection of military artefacts, uniforms, photographs and life-size recreations of scenes from the war, and offers a great insight into life in the trenches. A medical class has also been established as an advanced dressing station where a guide can discuss the stages of medical evacuation, show medical equipment from the time complete with Ford T motor ambulance. The Hooge Crater Museum also has German and British trenches. Image by Amanda Slater (CC BY-SA 2.0).

An award-winning museum on the 1917 Battle of Passchendaele. Students can explore the underground museum and the Dugout Experience to gain an understanding of the life of soldiers underground during WWI. The tour continues outside in faithful reconstructions of British and German trenches.

The Battle of Vimy Ridge is a Canadian nationalistic symbol of sacrifice and achievement. The Canadian National Vimy Memorial is on the highest part of the ridge; an august structure that commands inspiring views over the Douai Plain. Guides are located throughout the site to provide interpretive information at various parts of the site.

This underground museum is an affecting commemoration to the thousands of British Army and Dominion Forces soldiers who survived under Arras during the war. Students can go 20m down into the network of World War I tunnels that connect to tunnels and quarries of the middle ages. Guided tours include a descent in a glass lift that reveals the fascinating rock strata. Photo © Chris O.

This is a fascinating museum of WWI history housed in a château admired for its architectural excellence. World War I is documented by comparing the three main protagonists, France, The British Empire and Germany, through the lives of soldiers, the weapons and defences, propaganda, those left behind and the aftermath and shortlived peace.

The names of 73,357 British and South African Men are inscribed here at Thiepval, the largest war memorial in the world. Having fallen on the Somme between July 1916 and March 1918, the soldiers have no known graves. Extensive wartime tunnelling beneath this structure on the Western Front has meant that 6m thick foundations were required. There is also an informative visitor centre.

The village was one of the fortress holds situated behind the German lines on the first of July 1916. The attack by the Newfoundland Regiment on this day is commemorated in the Newfoundland Park along with preserved trenches and a striking Caribou memorial, the regiment’s emblem. There were only 68 survivors making this one of the bloodiest battles of The Somme.

Many craters on the Western Front have been filled in for farming purposes, but this one was saved in 1978 to preserve the original site. 90ft deep and 300ft across, it was made on the first of July, 1917 when 26.8 tonnes of ammonal explosive tore through the earth. A remembrance service is held every year on the first of July at exactly 07.28 when the mine exploded.

This is a Somme battlefield memorial to the men of the 36th Division who suffered horrendous losses on the first of July 1916. The Ulster Tower is a replica of St Helen’s Tower, which sits in the grounds of the Clandeboye Estate in Northern Ireland where much of the division trained. Photo © Eoghan Olionnain.

These well-preserved woods have visible trench remains and a moving memorial to the South Africans who fell in World War I. Also known as ‘Devil Woods’, the battle here was particularly horrific as soldiers fought hand to hand, holding on through heavy German attacks reaching 400 shells a minute. Around two thirds of the 5,493 burials here are unidentified. Photo © Kurtis Gardner.

The network of tunnels under this town was used as shelter in World War I and II and is now home to the 1916 Museum. Descend into the tunnels where dioramas and photographs depict life for soldiers in the trenches. Many relics such as uniforms, weaponry and personal souvenirs are on display, and groups can have the opportunity to handle these by pre-arrangement. 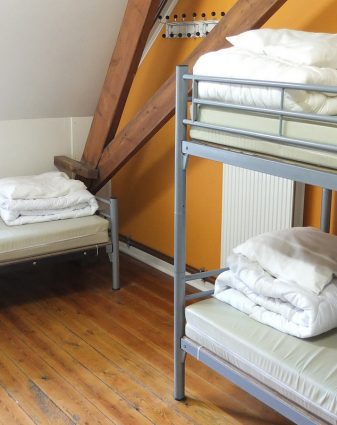 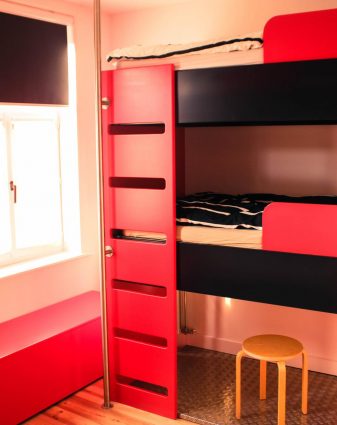 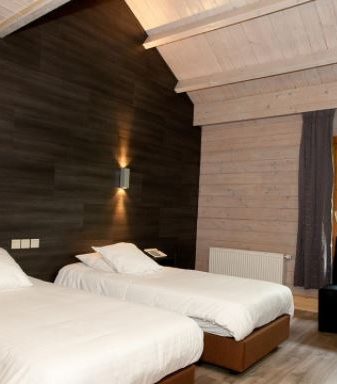 A history trip to Paris takes students on a journey through the creation of the Republic with monuments and museums at every turn.

Compliment your school trip to Paris with a stay in Normandy

Extend your school trip to France with a relaxing stay at the Château du Molay in Normandy.

Owned and run by Travelbound, this 18th century château has everything you need to relax after a long day of sight-seeing.

Visit significant locations in the history of Nazi totalitarianism and the Holocaust and give your students chance to consider the importance of events in these cities for European history.