Museum at the former HQ of the Gestapo and the SS

The smooth running of the trip demonstrated excellent organisation.

Two millennia of Jewish history and culture in Germany are on display in the iconic zig-zag shaped building by architect Daniel Libeskind. Students can explore how the symbolic architecture retells German Jewish history. The historical exhibition route is punctuated with diverse and interactive thematic spaces that expand perspectives on the diversity of Jewish life up to the present day.

This historic district of Krakow was home to a large Jewish community from the 14th century until World War II when its Jewish inhabitants were relocated by force to other parts of Poland and in 1941 many thousands were sent to the Krakow Ghetto in Podgórze. The synagogues of Kazimierz that were damaged during World War II have since been restored and the Galicia Jewish Museum provides students with some context.

A visit to the largest Nazi concentration camp of World War II is a chilling and truly memorable experience. More than 1.1 million men, women, and children lost their lives here. Much of the camp remains as a memorial and museum. Its dramatic authenticity lends more significance to the educational activities here. Children under 13 are not allowed to visit.

Visit the factory where Oscar Schindler employed hundreds of Jewish people to protect them during the Holocaust. Krakow’s past has been recreated here in an evocative way, presenting the tragedy of World War II as well as every day life of the city. Exhibits include a recreated hairdresser’s salon, stereoscopic studio and typical basement apartment.

It’s well worth the 13km trip out of the city to visit these spectacular salt mines, 130m underground. A network of chambers, some lit by crystal chandeliers, are connected by richly illuminated corridors, filled with backlit sculptures made out of translucent salt. Students can learn about the history of ‘white gold’ mining since the 14th century.

At the heart of Kazimierz, the former Krakow ghetto, is a museum that presents a contemporary look at the Jewish past in Poland. As well as commemorating the victims of the Holocaust, it celebrates the Jewish culture of Polish Galicia, giving students a new perspective on Jewish history.

Krakow’s largest, easternmost district, which translates as ‘New Foundry’, was conceived in the 1940s, under the ruthless communist rule of Poland, as an ideal ‘proletarian city’ tied to a giant steelworks. Students can see relics of the Soviet-era architecture and other sites, from the prehistoric Mound of Wanda to the 13th-century Monastery of Mogila. Photo © Christopher Walker.

A half-day guided tour of Krakow old town will give an overview of Krakow’s rich history and included the largest medieval market square in Europe and the renaissance Cloth Hall. You will then see the unique carves wooden altar of St Mary’s Church. Then onto Wawel cathedral with the Royal Tombs and Sigismond’s bell. 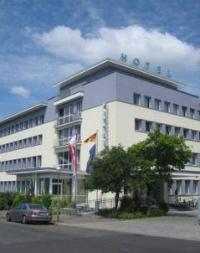 Located in the city centre near great tourist attractions, such as the Jewish district, Kazimierz
A few minutes’ walk from Europe’s largest main square
Family-run

City of Music, Culture and History, Leipzig was the scene of the Peaceful Revolution of 1989 leading to the fall of the Berlin Wall and the reunification of Germany.

Bursting with colour, life and culture, Vietnam is one of the most captivating and easily navigable of the Southeast Asian countries. With modern historical events still felt in the country, history students will find that they are moved and affected by what they see and learn during their school trip.