Chat with us, powered by LiveChat
Back to articles
Russia

Historic Russian Excursions That Will Inspire And Motivate Your Students

Thanks to Russia’s phenomenal array of historic excursions, your students will be able to explore and rediscover significant events and movements that have influenced and impacted modern Russia – here’s our top five that will inspire and motivate.

Transport your history students back in time and explore Russia’s extensive history; from the Bolshevik Revolution and the devastations to the Russian people caused by the World Wars to the crisis in the Soviet Empire and the historic changes of Russia’s political, economic and social position.

This unique and once in a lifetime trip is perfect for highlighting and expanding on what students have learnt in the classroom. Thanks to Russia’s phenomenal array of historic excursions, your students will be able to explore and rediscover significant events and movements that have influenced and impacted modern Russia. 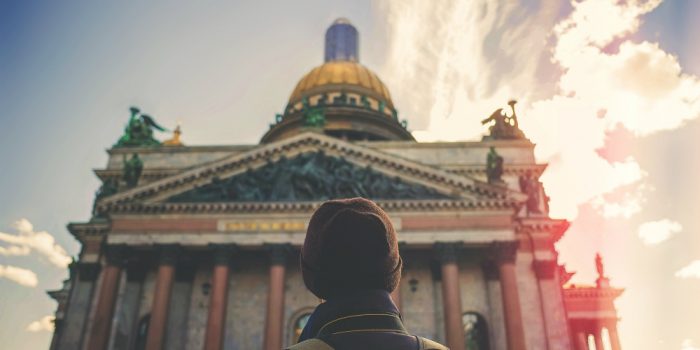 Head to Moscow to witness strong contracts of ancient history, uncovering a deeper understanding of the events which led to a change from imperialism to communism and Russia’s role in both World Wars as well as the Cold War. You could even combine your Russia tour with a visit to St Petersburg, where your students will be able to develop their knowledge on the Lenin and Bolsheviks revolutions.

With a multitude of authentic historic sites, it can be hard to decide on what excursions will be the most beneficial to your students and meet your learning objectives. Thankfully, our history tours to Russia are tailored to your needs, catered to what areas of Russian history you want to explore with your students. With such an array of historic excursions to discover in both Moscow and St Petersburg, we’ve handpicked five that provide ample learning opportunities you definitely shouldn’t miss out on. 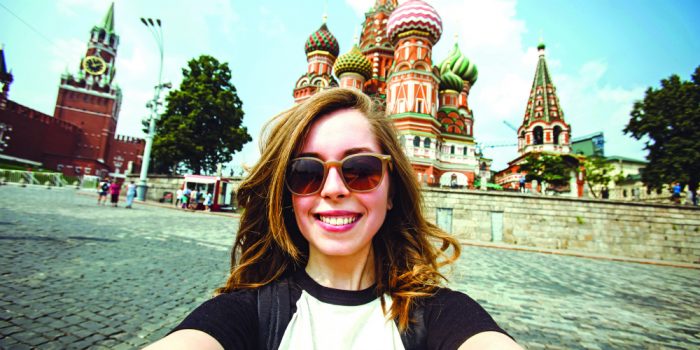 Separating the Kremlin, current residency of the president of Russia, from the merchant quarter of Kitay-Gorod, the Red Square is the heart and soul of Moscow and has played host to an outstanding amount of Russian history.

Originally built to serve as Moscow’s main market hub, the square soon became used as a site for numerous public ceremonies, celebrations and the occasional coronation for Russia’s Tsars. Awash with rich historical significance, Red Square has witnessed high-profile executions such as that of Peter the Great’s mass execution of the Streltsy Kremlin guard in 1671 and the Cossack rebel Stepan Razin in 1698.

Although a landmark in its own right, it’s the surrounding sights that really bring the Red Square to life. Your students will be able to admire the iconic Saint Basil’s Cathedral, commissioned by Ivan the Terrible in 1552 to commemorate the capture of Kazan and Astrakhan, with its distinctive onion domes and combination of colours, patterns and shapes unique to Russian architecture.

Further historic attractions of the Red Square include Lenin’s Mausoleum where Vladimir Ilyich Ulyanov (better known as Lenin) lies at the foot of the Kremlin wall. Lenin led Russia and the then Soviet Union to become a one-party communist state, governed by the Russian Communist Party.

The Red Square will inspire and evoke an incredible sense of awe in your students, giving them a true insight into what they’ve learnt in the classroom and allowing them to really put into context what they’ve read in textbooks. 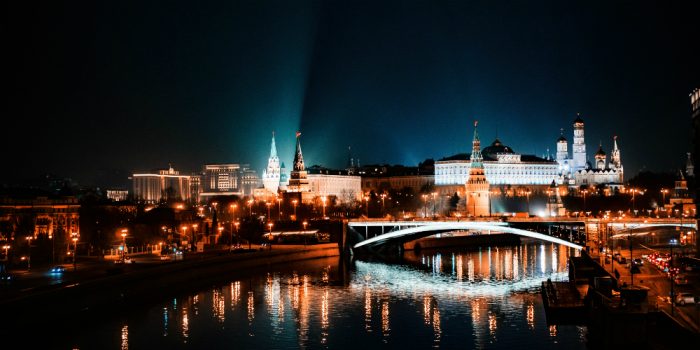 A visit to the Kremlin offers your students the perfect opportunity to explore the very heart of all things Russian and the political history that comes with it since the 15th century. This fortress, within Russia’s capital, has been the kernel of the whole country and is the official residence of the Russian presidency and in the past, played host to tsars and dictators.

Students will be able to discover fives palaces, four cathedrals and the enclosing Kremlin wall within this ornate fortified complex – including highlights such as the Assumption Cathedral which has been the burial place of metropolitans and patriarchs for centuries and Annunciation Cathedral which was originally a private chapel of the Moscow grand princes and Russian Tsars.

Your students will be able to see some of the architectural masterpieces commissioned by various tsars that they would have learnt about in textbooks, giving them a real picture of what influences each tsar had on the Kremlin; such as The Arsenal which was constructed under the rule of Peter the Great. 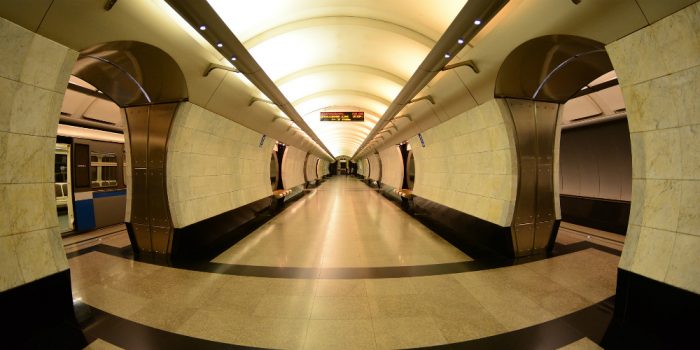 Take your students on an awe-inspiring guided tour of the Moscow Metro system, an attraction in its own right. This impressive underground transport system is one of the world’s most beautiful thanks to the stunning Soviet-era architecture, ornate mosaics and elaborate stained glass – with some of the most detailed resembling lavish cathedrals.

The Moscow Metro is is more than just an extravagant transport system, however, your students will be able to discover the history surrounding the unique, individual stations seen as a symbol of the power of socialism in Russia during Stalin’s reign.

The metro was created to symbolize Stalin’s rising regime and a recognized empire, as well as to offer a new form of transport for the cities increasing inhabitants.

With a total length of 312.9km, 12 lines, and 188 stations, your students will be left engrossed by the remarkable Soviet-era underground that opened in 1935 and will be inspired to learn more about its engaging history. 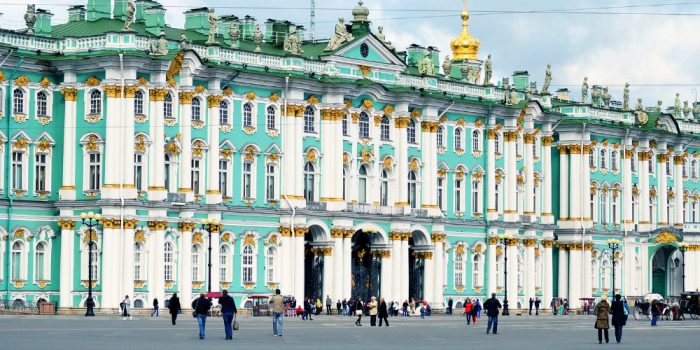 Head to St Petersburg and get lost in the second largest museum in the world, only rivalled by the Louvre. Your students will be able to explore a phenomenal collection of art and culture founded in 1764 by Catherine the Great as well as witness the largest collection of paintings in the world – over 1,000,000 works of art.

The State Hermitage Museum consists of five linked buildings including the Winter Palace, which was once the home of Russian royalty and remains St Petersburg most famous building. Alongside a more than impressive art collection, the museum is also home to 300,000 items reflecting over a thousand years of Russian history, perfect for your students to brush up on Russian culture. A poignant reminder of the harrowing events that took place over 872 days during World War 2, the Piskaryovskoye Memorial Cemetery is dedicated to the victims of the Siege of Leningrad.

Starting from the 8th September 1941 and lasting till 27th January 1944, the Siege of Leningrad is regarded as one of the longest and most destructive sieges in history. The Nazis kept Leningrad (historically and currently known as St Petersburg) under siege for over two and a half years, halting the movement of people and food, resulting in hundreds of thousands of deaths from cold and starvation alone.

The Piskaryovskoye Memorial Cemetery holds roughly half a million of the casualties from the formidable siege, including 420,000 civilians, buried in the cemetery’s 186 mass graves.